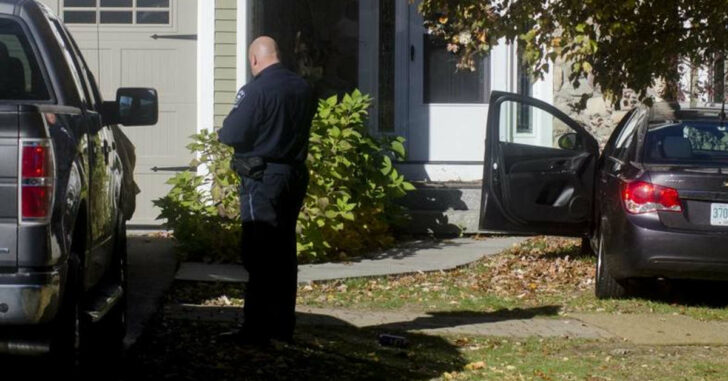 AUBURN, NEW HAMPSHIRE — A lieutenant of a small New Hampshire town told the public that a home intruder who fled their pursuit is not to be considered a threat to public safety. This is after a home owner discovered that same man breaking into his home during the morning hours. The homeowner fired a single shot at the intruder, sending the suspect fleeing into the woods.

According to NH 1 News, Rockingham County deputies and New Hampshire State Police pursued the suspect for a limited time before losing track of him. The suspect’s general description was given to the local news media outlets but the enthusiasm in tracking this suspect down seems to be very limited.

Home defense really does come down to you. The police will show up after it’s over and gladly take your statement after the fact but they’re not interested in pursuing someone for several days or even several hours.

Think to yourself: what if this man was violent? What if he had no qualms about using violence to achieve his means and it was just one armed homeowner stopping him?

Now ask what would have happened if that homeowner had not been armed.

This is why home defense is safely within the jurisdiction of the occupants of that home. It’s every person’s duty to be prepared to fight off potential intruders. Each household can approach this in a fashion that benefits them best, but ultimately they have to pursue it.

In a future article, we’ll talk a bit more about home defense preparedness. There’s an issue of either staging a gun where it’s accessible for trusted family members to use or always carrying. We prefer always carrying. It’s a good habit to get into as a licensed concealed carrier and it’s also a fantastic choice for those who are just interested in keeping their home a bit safer.

You can’t use a gun that you don’t have on you. Your home deserves it and your family deserves it, too. Think defensively and carry within the home.