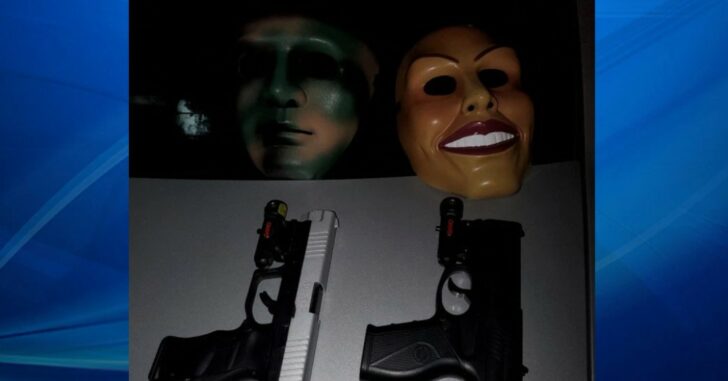 SPRING HILL, FLORIDA — Florida is not home to the brightest people, as we’ve seen with the phenomenon of Florida Man stories. The three teens in this story are well on their way to becoming Florida Man stories themselves, kicking it off with this robbery attempt.

First, if you’re going to meet up with someone for the purpose of buying a gun from them, chances are they’re a gun owner and will be carrying a gun to the meeting.

This thought apparently didn’t cross their minds, and their plans quickly turned to ash.

According to deputies, a man and woman showed up at the Hernando Public Library just before 9 p.m. on Jan. 28 to sell a gun they listed online. Deputies say when three teenagers showed up to purchase the gun, the man and woman refused to sell the gun.

According to a release, one of the teens pulled out a firearm and pointed it at the man and woman. The woman then proceeded to pull out her own gun in self-defense, causing all three teens to flee.

The two armed citizens gave police a great description of the teens, and it wasn’t long before they caught up with them. When they were located, police found a few things.

When deputies searched the vehicle they located two BB guns, two masks, THC cartridges, and approximately $3,000 worth of counterfeit cash.

All three teens were 10th graders at a local high school, and were sent to juvenile detention until they’re sorted out.

With the stuff they had in the car, it’s safe to say that the teens were no strangers to getting into trouble and/or doing illegal things. Hopefully, given their young ages, this incident was a wake-up call to get on the straight and narrow.

Time will tell. Until then, we know of two more legally armed citizens who refuse to be victims.

Previous article: NJ Mother And 2 Children Murdered After Getting Restraining Order Against Husband Next article: Arizona Introduces A Whopper Of An "Assault Weapon" Ban Bill