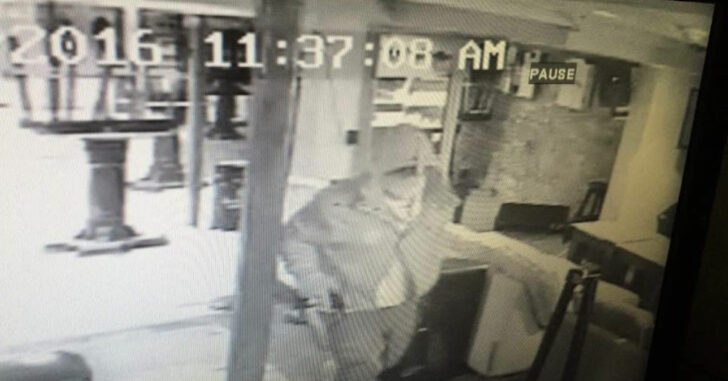 PARK CITY, KANSAS — Roland Ross, 28, and Michael Phillips Jr., 37, probably didn’t expect Federal charges after failing to rob a Park City liquor store at gunpoint. Likely, they figured being armed and threatening the clerk with a classic line like “if he was ready to die because this was a robbery and to give them all the money” would be a surefire way to make at least a couple hundred bucks. What ended up happening, though, is a cold taste of reality.

According to the Wichita Eagle, Ross and Phillips entered the MGS Liquor store while under the full watch of surveillance video. When one of the men allegedly asked the clerk whether or not he was ready to die — he probably didn’t expect the clerk to pull a gun and shoot him in the chest… Because that’s precisely what happened. And while the man managed to escape, he left blood soaked hand prints all over the door and in his vehicle. He left his buddy to deal with the fallout. His buddy, however, figured correctly that he wasn’t going to get one over on this clerk and he was already man down. His accomplice surrendered to the clerk and waited for police to arrive.

Now both of them will be facing federal charges in connection to the robbery. If convicted, they could each spend up to 20 years in federal prison and not less than seven consecutive for the brandishing charges.

The one robber who was wounded allegedly tried to play off his injuries to “getting poked by a stick” while out on a run but medical professionals quickly figured out there was a bullet lodged in his sternum.

But, then again, that’s what happens when you directly threaten someone’s life. These guys came in and had plenty of options and they chose the “gun in your face, money in the bag” approach. That’s not a safe bet. When you place a person’s back against the proverbial wall and give him no options — expect him to act quickly and violently.

Both robbers get to live and both of them get to live out severely long sentences in federal prison. Hope they’re better at dominoes than they are robbing liquor stores.