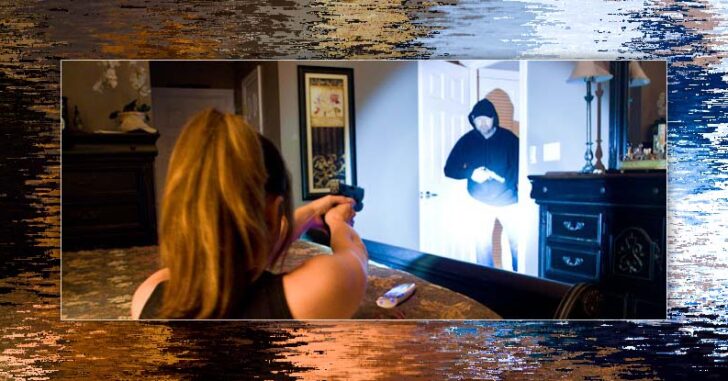 Law-abiding good citizens generally hate the idea of having to harm or kill another human being. For those of us that choose to go armed, we carry a weapon to protect ourselves and our loved ones from the elements of humanity who have no such reservations. If you find the notion of harming another unpleasant, that is a good thing. If you have no issues with the possibility of having to hurt someone even if justified, then you are a liability. Our ingrained value for life should move us to avoid any situation that could lead to violence, and the only possible reason to use force that can potentially harm or kill another human being should be relegated only to situations in which there is truly no other choice.

Within the United States most of our laws, as well as our overall principles based on English common-law, generally acknowledge and permit the use of lethal force if it is in the defense of an innocent person against an imminent threat. I am not an attorney and I have no intention of addressing the particulars of such legal matters. The details vary from state to state, but generally lethal force is permitted by law if it is the only recourse for preserving innocent human life. Most reasonable people generally agree with this sole justification for lethal force. Despite the legal and ethical justifications, the will to do what is necessary in such a circumstance is a very personal matter.

Our healthy abhorrence of violence can actually pose an obstacle for us in preparing for our own self-defense and this is often a result of not fully understanding the difference between using force to defend ourselves versus using violence to intentionally hurt people. Most firearms trainers will encounter students who declare that they could never pull the trigger on another person no matter what the circumstances and no matter how justified. This is a personal decision and should be respected. The issue, however, is if a citizen who carries a firearm specifically for self-defense has this mentality, the weapon may prove to be a liability rather than an asset in a bad situation if this mindset is not corrected. Bad things happen quickly and a gun should never be deployed for defense by an individual who may hesitate to use it if needed. If the will to use the weapon is absent, then producing the weapon can simply up the lethality of the conflict rather than resolve the attack.

The “I could never pull the trigger” sentiment is found among men and women, but held by women more frequently. Interestingly, if these individuals are further pressed and asked if they would use lethal force to protect their child, even if they would not use force to defend themselves, the answer is almost always “yes.” This phenomenon demonstrates that the “I could never” sentiment is often not thoroughly thought out, but simply a natural response concerning any sort of potential for violence. This entire topic needs to be fully considered long before you strap on a gun for personal protection. A good way to start this personal assessment is to have a clear understanding of the difference between violence and force.

Part of the issue with an individual’s self-induced hesitancy to take needed action is a matter of understanding the concept of violence. Violence is typically defined as “physical force intended to hurt, damage, or kill someone or something.” For most the idea of using violence against others is disturbing. What many individuals fail to realize is this: criminals use violence. Those that defend themselves from violence use force. The force we use if we need to defend ourselves is “physical force” as is intrinsic to violence, but where the difference lies is in the intent. Violence is intended to “hurt, damage, or kill.” The force we use to defend innocent life is intended to neutralize. The definition of neutralize is to “render something ineffective or harmless by applying an opposite force or effect.” That is what we do if we must. We use physical force to render a bad person ineffective of harming or killing innocent life.

If you feel that you could never use violence, then you are on point with your inclinations. You, as a moral, decent, and law abiding citizen, are never justified to use violence. But there are circumstances in which you are completely justified in the use of force. Unfortunately the only type of force that effectively protects innocent life in some situations is Lethal Force. The term lethal force implies exactly what it means, force that can be lethal, resulting in death. The most obvious and effective lethal force tool that we can carry concealed on our person is the handgun. The tool, if used against a human being, can result in death. We all realize that. Edged weapons and blunt striking objects are also lethal force, and even our hands can sometimes constitute lethal force, but the goal of any such tool in a defensive manner is not to kill somebody. The goal is to stop that person from doing whatever it is that they are doing to pose grievous harm to innocent life. As practitioners of self-defense it is good to hate violence, but we need to be willing to use whatever force necessary to neutralize.

The Real Question to Ask Yourself

With a clear understanding of the difference between force and violence we can have a more effective self-assessment of our own abilities and willingness in a bad situation. At this point you need to ask yourself “am I willing to use any force necessary to neutralize a deadly threat?” That is the question. The question is not “am I willing to kill someone?” The question we ask ourselves can only relate to our intention. The outcome of action is rarely possible to predict. Therefore, it is our intention that we can control, not the ultimate outcome for those involved. We should never, upon any circumstances, intend to kill someone. That is absolutely illegal, and it is wrong. We should, however, have every intention of using whatever force necessary, but only what is necessary, to stop a bad person from hurting innocent parties.

Now, the unfortunate possible outcome of lethal force is that the individual or individuals we use force against may die. Neutralizing by force is essentially breaking the physical structure of the attacker to the point at which that individual gives up doing his threatening behavior, or simply can no longer perform the behavior because he is incapacitated. Death is a possible outcome. Permanent physical disability is a possible outcome. Being taken to the hospital and making a full recovery in three days is also a possible outcome. Simply the sight of the weapon or the sound of the blast causing the attacker to flee is another possible outcome as well, and that is effective neutralization if it stops the threatening behavior. These things are all possibilities depending on the circumstances and we have no control over these outcomes, but we have control over our intentions.

As law-abiding citizens if we must use lethal force we would use it only because it is the single alternative to imminent death or serious bodily harm. If there are any other realistic alternatives to using force that we can do safely, then we should not use force. But if we must use lethal force we do so only to neutralize. That means if a threat is neutralized and no longer able to hurt us or others we are done with our part. We do not execute if the threat is still alive but no longer capable of harming others. If a threat breaks off the attack after we offer resistance we do not chase down and kill. We use only the force necessary to neutralize. However, we must also come to terms with the possible outcomes and commit to the will to use any force necessary to cause that neutralization if the threat persists.

These considerations are among the hardest to contemplate in the world of self-defense. Many of us acquire firearms training, unarmed combative skill, and a variety of other training to enhance our ability to defend ourselves and those that we love. Far more will invest in the tool but spend little effort in acquiring skill. Regardless or your level of dedication, the most important element in your ability to defend yourself is the right mindset. A huge part of this mindset is facing the sad but real truth of what self-defense may entail. It is comforting to understand that as a good person there is no need to use violence, as that is not what we use to defend ourselves. But we need to face the reality of what the outcomes may be in the use of force. You need to think about it, be realistic about it, and if you cannot accept that possibility then carrying a weapon is not the right decision for you.