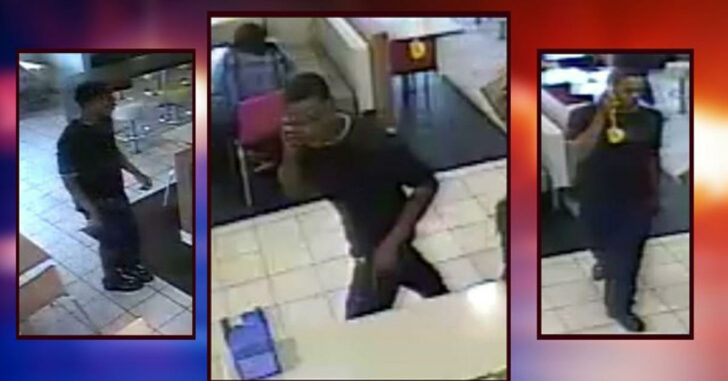 PHOENIX, ARIZONA — Surveillance footage spotted a thief nabbing the gun right from the back of a concealed carrier inside a McDonald’s fast food restaurant. Phoenix authorities managed to get some decent footage of the culprit but this just goes to show you that your idea of concealed and a pickpocket’s idea may be two different things. Staying situationally alert while we’re out and about is important — not just for our immediate safety but for reasons like this.

According to the Phoenix police, the man realized his gun got nabbed and chased after the thief. The thief held him at gunpoint with his own handgun until the thief could make his escape. If you thought you could recover after this mistake, you’re sadly mistaken. When we lose a handgun to a thief, it’s not just our lives we have to be worried about — it’s everyone that this gun can reasonably be used against. Is this the next handgun we see pop up in the news during an armed home invasion? We sure hope not.

Responsibility begins with us. This is our Second Amendment right to carry and we have to be personally accountable for what becomes of those firearms at our disposal. It doesn’t matter how busy that restaurant is, if you see someone stepping into your personal space, they need to back up or you need to leave. Face buried in a cell phone isn’t a valid excuse.

Let’s cut to the chase: after a gun goes missing, we no longer have control over it. That’s a huge mistake. Now couple that with the fact you’re out a gun you’ll likely never get back and you’ve just given a deadly present for literally anyone’s disposal.

The gun owner did the right thing and helped police when they arrived. That’s about the only thing he did right in this situation. If you suspect a firearm has gone missing, notifying authorities at least gives them a heads-up with what they’re looking for.

Don’t fall into complacency just because you’re used to nothing going wrong.