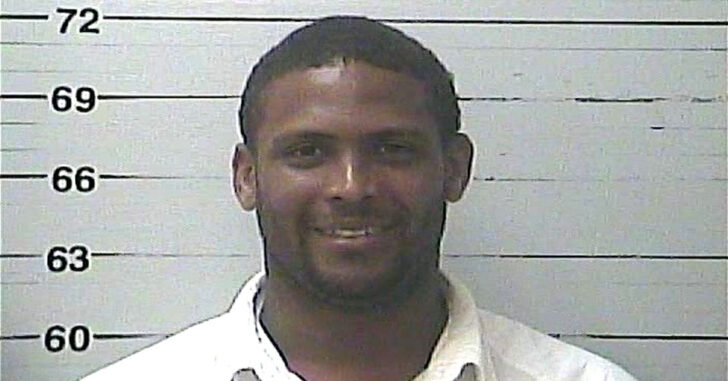 GULFPORT, MISSISSIPPI — An armed and alert husband came to the rescue as his wife was about to be sexually assaulted by a naked man who had broken into their home early Saturday morning.

“Casey was naked when he entered the home and was on top of the woman when she woke up and found him,” Harrison County sheriff’s Lt. Coley Judy said. “She threw him to the ground and got on top of him and her husband pulled a gun on him and held him at gunpoint until deputies arrived.”

The man was identified as Kenda Casey, 32, and is no stranger to nude criminal acts.

Casey has been arrested seven times since 2013. This was his third arrest that involved nudity. In June, he was arrested after he attempted to enter a Gulfport business not wearing any clothes. Police said he then stole a vehicle and led them on a chase. He was later caught by a K-9 team and was bitten by a dog during his arrest.

He also was arrested for indecent exposure in November 2014.

The couple, said to be in their 60’s, waited for police to come and take Casey away.

It’s another testament to keep that firearm in close proximity, even in the comfort of your own home. These things can, and obviously do, happen. That’s why we prepare ahead of time and luckily for this woman, her husband was ready to take control over the situation they were forced into.