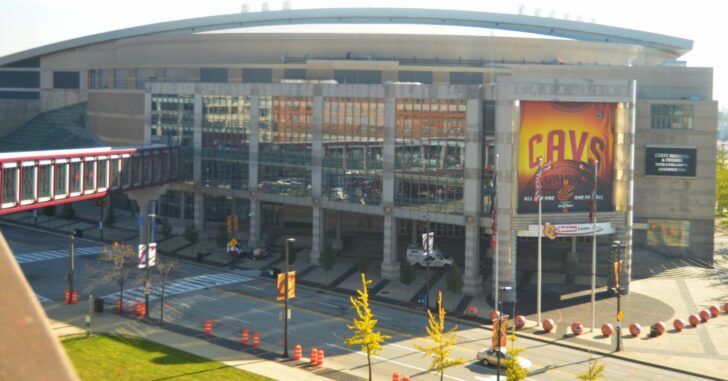 CLEVELAND, OHIO — More than 40,000 signatures have been gathered on a petition that calls for allowing firearms at the Republican National Convention this summer in Cleveland.

The venue itself, the Quicken Loans Arena, has a strict no-firearms policy. Their website states, “In accordance with the Ohio’s ‘concealed carry’ law and the right for private entities to ban handguns on their premises, firearms and other weapons of any kind are strictly forbidden on the premises of Quicken Loans Arena.”

The petition also calls on the Republican candidates to support this request and to stand by their beliefs of ‘gun free zones’.

The petition is calling for five points of action:

1. From the Quicken Loans Arena in Cleveland: A suspension of their policy preventing the open carry of firearms on the premises of the arena from July 18-21, 2016 to coincide with the Republican National Convention.

2. From the National Rifle Association: An immediate condemnation of the egregious affront to the Second Amendment of the United States Constitution constituted by the “gun-free zone” loophole to the state law.

3. From Ohio Governor John Kasich: A concerted effort to use his executive authority to override the “gun-free zone” loophole being exploited by the Quicken Loans Arena in Cleveland, Ohio.

4. From Reince Priebus and the Republican National Committee: An explanation of how a venue so unfriendly to Second Amendment rights was chosen for the Republican Convention. Further, we demand a contingency plan to relocate the convention to another location should the Quicken Loans Arena refuse to honor the constitutional rights of the RNC guests to open carry firearms during the convention.

5. From all Republican candidates for President: You have been brave in raising awareness about the immense dangers posed by “gun-free zones.” In order to ensure the safety of your supporters, delegates and all attendees at the convention in July, you must call upon the RNC to rectify this affront to our Second Amendment freedoms and insist upon a suspension of the Quicken Loans Arena’s unconstitutional “gun-free zone” loophole. Every American is endowed with a God-given Constitutional right to carry a gun wherever and whenever they please.

If you would like to show your support for this petition, you may do so by signing it here.