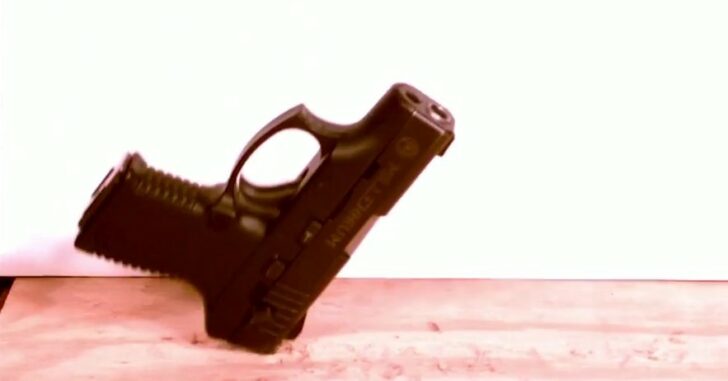 The above video is slow motion footage that shows three Taurus pistols (PT 24-7 .40, PT 24-7 .45, PT111 9mm) during a simulated drop. The results are less than desirable and have sparked a lawsuit that is making it’s way through the courts.

Here are the alleged happenings in the above video:

Previous article: Neighbor Stops Half A Dozen Men With His Concealed Carry Firearm As They Try To Break Into Home Next article: #DIGTHERIG - Nicholas and his Walther P99 Gen 1 9mm