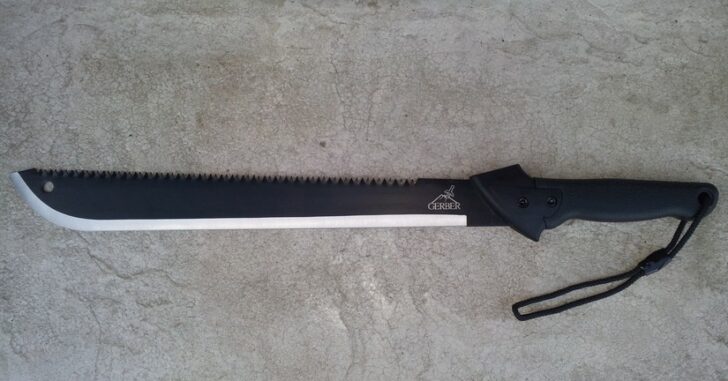 CHARLESTON, SOUTH CAROLINA — Three men broke into a home around 4am Saturday and began to stab the occupant.

Using knives and a machete, the man suffered fatal wounds from the attack, which spilled out into the yard of the home.

The three suspects took off and have not been found. Whether this was a random attack is left unanswered, but I’d go out on a limb and say it wasn’t.

Police didn’t say whether anything was taken from the home.

It’s not the gun, it’s the person(s) behind the violent acts. I’ll share this story in contrast to another machete-wielding man who met armed resistance — and it saved lives. In that story, the good guy’s gun saved lives. Funny how that works.

Previous article: Man Accidentally (Negligently) Shoots Wife While Getting Ready To Head To The Range Next article: Concealed Carrier Gets Caught In Theater After Dropping His Firearm -- Lesson Learned