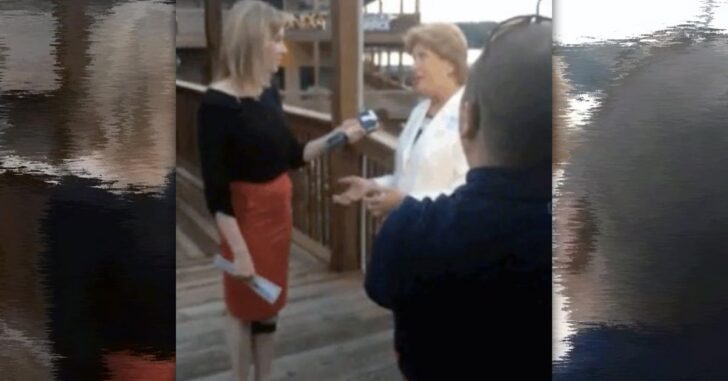 When I published the article about the events of this morning in VA, one of the first comments on the Facebook post mentioned that the gunman had taken his own video of the shooting and uploaded it to YouTube. I sat there reading the comment again and said to myself, “There’s no way. Why would he do that? It takes the twisted nature of the crime to a whole other level.”

Sure enough, the video was real. I watched it, and it brought tears to my eyes.

But why did I make the decision to post the gunman’s video? We usually steer clear from these things and don’t give them publicity. For example, we never publish the name or image of the gunman. We don’t feel it necessary to have anyone know their name or what they look like. It’s irrelevant and useless information. But to post a video, taken by the gunman himself? Surly I’ve crossed a line now, as many have stated.

Many people on Concealed Nation don’t carry firearms. They’re still on the fence, or have simply been dragging their feet with obtaining their permit. They’re still gathering information, or a part of them still believes they are immune to violence.

Why did I post the video? Because that video is absolute reality, and it shows the dangers out in the world that anyone could face at any time. Anyone who viewed the video was witness to the incredibly harsh side of life, the unfair side. You literally watch as three people go about their daily lives, not knowing what is about to happen. They woke up that morning and were not in fear of their lives.

If someone watches that video and doesn’t think “What could they have done to stop this, or even lessen it’s devastation?”, I’d say watch it again. The patience that the gunman shows is unbearable to watch, and we just want him to change his mind and walk away. Or we want one of the three people in frame to notice his firearm pointed in their direction and make a quick action to try and stop him. Cameraman, please swing that huge camera to your left as quickly and as hard as you possibly can, right into the bad guy. Maybe it’ll knock his firearm away from him. Maybe you’ll have a fighting chance.

I say this with reservation, but the video is an opportunity to open people’s eyes to the importance of knowing what is happening around them. Situational awareness is an important factor of survival. It’s hard to type the word ‘opportunity’ in this context but if things aren’t addressed as they happen, people forget and move on. The impact is no longer there. It’s no longer the absolute reality that it was when the world was talking about it.

When I said I teared up while watching it, I actually did. It was an entirely different perspective when it comes to watching the violence that’s played on the news. It makes it incredibly real, and it’s a wake-up call even for this blogger who dedicates his life to concealed carry topics and discussing why people should arm themselves. Evil is out there. Lives end in an instant.

All you have to do is cross paths with the wrong person.

This is real. This is life. While the chances of something like this happening to anyone are incredibly slim, it happened to these three people. If posting the gunman’s video gets one person to say “Wow, that really opened my eyes and I now want to have the ability to defend myself if something like that happens to me” or “I am going to make an honest effort to scan my surroundings for threats”, it’s a successful post.

But dammit, it wouldn’t have been a negative thing for one of them to be armed.

**After posting this article, a close friend of mine sent me the following message:

I watched the videos that you posted, both the live news broadcast and the gunman’s. It made me sick to my stomach, gave me chills, and teary eyed as well. I don’t disagree with your decision to post it. It forces the reality of this tragedy on anyone who dares view the video, either of the them really. His own video is like nothing I’ve ever seen…it’s the first video that I can recall, that actually frightens me, to the core. It’s sick, as I’m sure he was. You know I’ve always second guessed and disagreed with some of your views on full carry…I’m not saying it would have made a difference in this instance, but I completely agree with you that it wouldn’t have hurt. I was on the fence until now. Time to start filling out some paper work and get shopping.

And this is why we made the decision to publish the video.