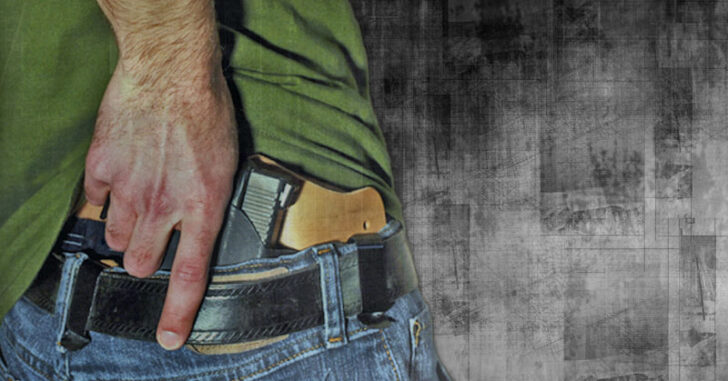 Robert sent us a message on our Facebook page that detailed an experience he recently had. It involved an open carrier, and a lack of good judgement.

I was at a fund-raising memorial ride (motorcycles, cars) in VT. A young guy, 20s, rides up on a zip-splat, and I see he is open-carrying, looked like a medium size 9mm in a plastic holster. I try to reserve judgment as to what his behavior would be like. A nightmare was what it was. He was burning rubber, riding wheelies, standing up, turning around, doing the wig-wag in his lane, riding up onto side-walks, racing his engine, almost non-stop. All I could think is how unsafe it was for the 30-40 riders around him, what he was portraying bikers as, and (more relevant to this page) what might have happened if he went down-slamming a firearm to the ground at 50 or more mph couldn’t be good-or losing it from the holster. When we believers in carrying are trying to show we are responsible and think about what we are doing, there is always someone acting the fool and making an example for the other side to exploit.

If you’re like me, it is your opinion that gun owners should be responsible in every aspect of their lives, no matter what. We’re upstanding citizens, and should be seen as such. Not only is it good for life in general, it helps our 2nd Amendment cause when people see others carrying firearms and are acting responsibly.

So now that the details are out, it begs the question: If you were a witness to something like this, as a gun owner yourself, would you say anything to the person being irresponsible?

Chime in below with your pair of pennies.