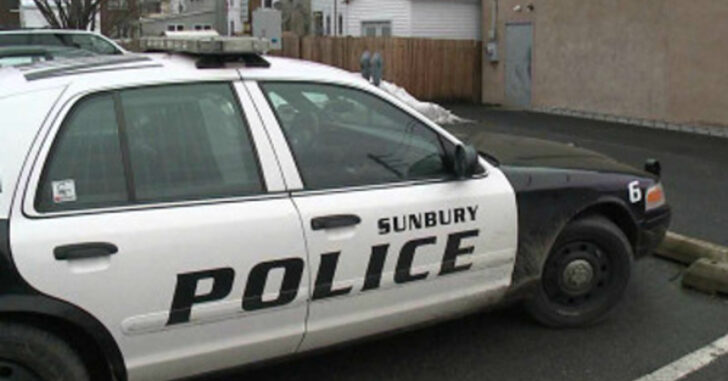 SUNBURY, PENNSYLVANIA — So there you are, a career criminal, doing what you do best – robbing people at knife point in their own home.  Sure, the benefits aren’t so hot, the health insurance premiums are through the roof but worst of all – those pesky neighbors keep showing up with guns.

That was precisely the issue for one armed home invader as he held up a resident in his own home.  He was demanding the resident turn over valuables when another resident spotted the home invasion in progress and decided to come to his neighbor’s assistance.  That pesky busy-body decided to take his personal firearm to the confrontation.  Seeing that this wasn’t going to be an easy score, the criminal wisely decided to flee.  He was promptly met by police who were all too happy to staunch this rash of burglaries and robberies reported in the area.

According to police reports sourced through The Daily Item, this comes on the heels of a rash of burglaries, muggings, and reported criminal activity in the area of Race Street.  Neighbors were growing increasingly alarmed by this and thankfully one of them decided it was time to take self-defense personally.

“This is very alarming,” [Sunbury Police Chief Brad] Hare said. “We are seeing more [criminal activity] than usual, and we are doing the best we can to stay on top of it.”

While the police have not revealed the names of the victim, suspect, or Good Samaritan who came to the rescue, the Daily Item was quick to point out a similar thug who has been repeatedly caught committing crimes in the area.

via The Daily Item

Luis “The Ghost” Alamo, 20, of 135½ Catawissa Ave., was charged with aggravated assault and illegal possession of a weapon after a July 28 incident in which Alamo allegedly brandished what turned out to be a BB gun that looked like a Baretta 92[sp].

One thing is for certain – criminals in the Sunbury area can only expect more resistance as people opt to maintain personal and concealed firearms.