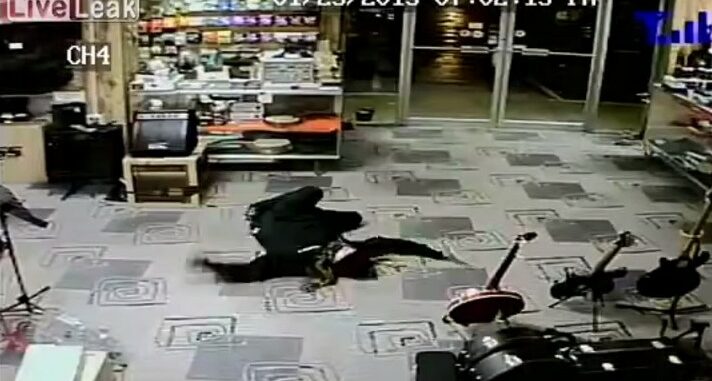 The video above supposedly shows an attempted robbery where the store owner draws a big ‘ol revolver from behind the counter when a man tries to rob him. A second later, the robber falls back and ‘plays dead’ before ultimately getting up and running out the door.

I’m not entirely convinced that this video is real. However if it is real, this store owner needs to learn to stay away from an armed robber and never get close enough to where they would be able to reach you. The gun is your equalizer, and will allow you to maintain a safe distance while maintaining control over the situation.

What do you say? Real or fake?

Previous article: [VIDEO] Dad Of The Year: College Student Glad Her Dad Gave Her A Gun When She Went Off To School Next article: A Closer Look At The Revolver For Concealed Carry