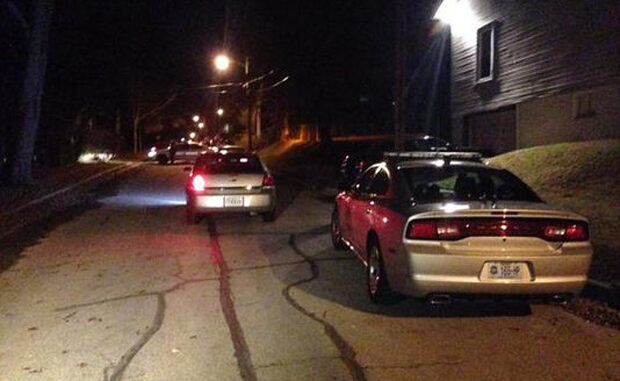 During the riots in the St Louis area, police were called to a home in University City MO around 10pm for an active burglary. When they arrived, an armed man was in the home and exchanged gunshots with police. When the caller dialed 911 to report the intrusion, she stated that the man broke into the home through a window and started shooting.

One of the residents, a woman, was shot by the intruder and later died of her injuries. A responding officer was also shot by the man but is expected to survive.

Days and weeks ahead of the grand jury decision whether to indict Officer Wilson in the shooting death of Michael Brown back in August, residents in the St. Louis area have been preparing themselves for riots by purchasing firearms and ammunition. Unfortunately, this household seems to have been ill-equipped to fend off a home invasion.

The armed intruder was able to get away and police are still searching for him.

While the source article explains that this event is likely not a result of the riots, it is still an important reminder that being armed and ready to face danger is something that residents should take seriously, especially in the St. Louis area during these violent times.

While it may be true that this event was not directly related to the ongoing riots, it is entirely possible that the armed man took advantage of the unrest to commit his crimes, as many of the police officers were occupied with other events in the area.

Previous article: Woman Accidentally Kills Herself With Gun Purchased For Defense Against Ferguson Riots Next article: Guess How Many Concealed Carry Applications DC Has Received Since They Began Accepting Them Last Month