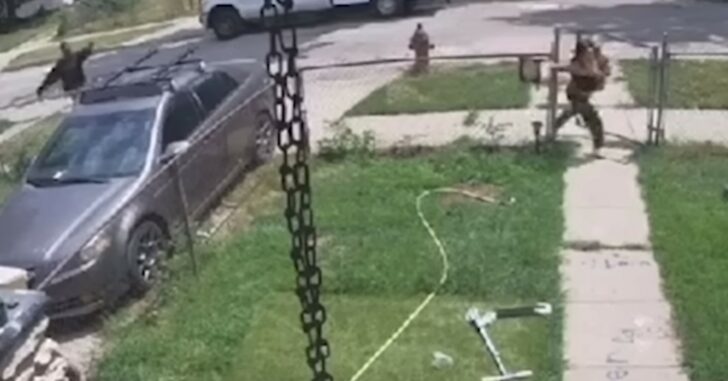 A 12-year-old girl had to run from bullets fired by the brother of her school bully. Whatever was going on with the bullying, the brother of the bully apparently wanted to take matters into his own hands and hunt down this 12-year-old.

The 12-year-old, while carrying her 11-month-old brother, saw the person with the gun and was able to start running to safety before the shots began, and that awareness likely saved both of their lives.

The girl’s mother was inside the home at the time, and received a gunshot to the femur, shattering it.

The gunman was caught and arrested.

This is an example of paying attention to your surroundings in order to give yourself time to react to a threat, and this girl did a fantastic job in doing just that.