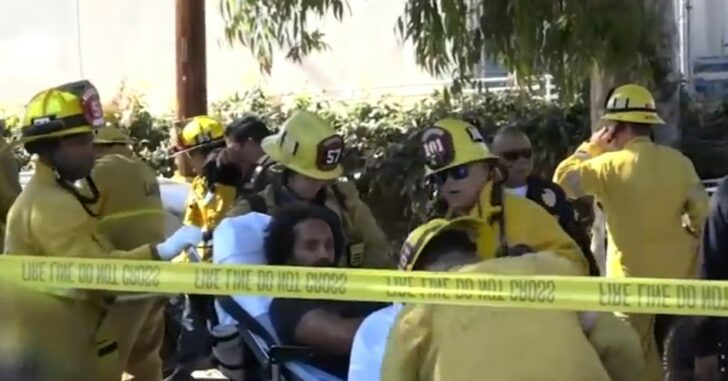 SAN PEDRO, CALIFORNIA – During a car show around 4pm at Peck park in San Pedro, California, there was a shooting that left 2 people dead and 6 injured.

As of Monday July 25th, police are still looking for two suspects.

The shooting did not happen at the car show, however happened in the vicinity of the show where hundreds of people had gathered. Officials have identified eight victims, two have died and six have been admitted to the hospital including a man who drove himself to the hospital with a gun shot wound.

Authorities have stated that the incident took place after two men were seen arguing near a baseball diamond. Once gunfire was heard, people started running away.

Police have stated that there may have been more than one shooter. Multiple firearms were recovered at the scene.

Previous article: Eli Dicken's Attorney Tweets, And We're Anxiously Awaiting Details As They Become Available Next article: You Are Not A Christmas Tree For Your Gun Ornament