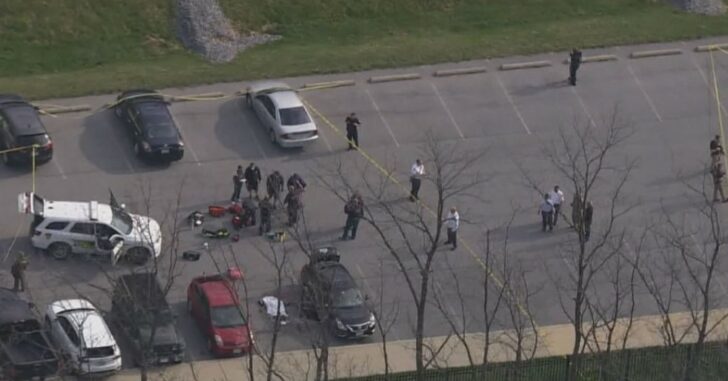 An active shooter was stopped when he went to the gate of Fort Detrick, located in Maryland, after apparently firing shots at a nearby business.

It is unknown how the active shooter was taken down, but police confirm that the suspect is no longer a threat.

Following the shooting, the suspected shooter made their way to the gates of Ft. Detrick where they were taken down, according to law enforcement. It is unclear if the suspected shooter was injured. Images from the scene show law enforcement activity near the gates of Ft. Detrick. The military installation was under lockdown for several hours following the shooting.

Two men were shot and were taken to the hospital in critical condition.

The suspect was only identified as a 38-year-old male. Upon attempting to enter the base, he was shot by personnel at the base. He did no survive his injuries.

Schools in the area were placed on lockdown as a precaution.

We are on scene responding to an active shooter in the 8400 block of Progress Drive. Currently there are two victims and one suspect is down.

Previous article: Woman Arms Herself and Barricades Door As “Man Of Steel” Attempts To Break In, Because The Protection Order Didn't Work Next article: Why We Carry: Co-Worker Turned Stalker Attempts To Kidnap Woman After Shooting Her Husband