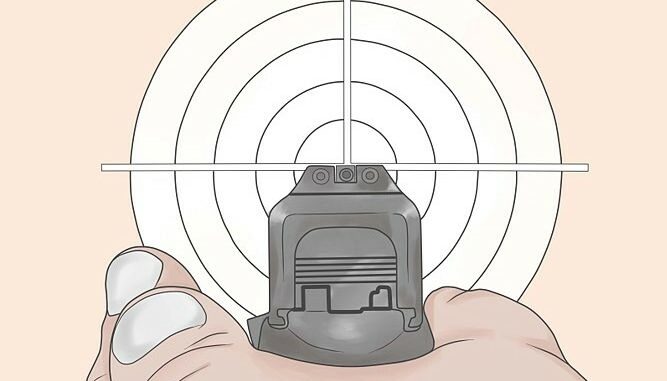 By Jon via American Concealed

The legendary lawman Wyatt Earp once said, “Fast is fine, but accuracy is everything.” When you’re under attack though, sometimes fast is all you get. Here’s how to make the most of it.

The truth is, violent scenarios can take on any form. You might only have the time to fire fast and close, or you may need to line up a shot in a crowded area.

If you want to be effective, you must learn to balance speed and accuracy to get the most effective shot.

In a violent attack, the threat is not often more than a few feet away. High accuracy isn’t required in situations like these. A violent target at such close range only needs to be stopped as quickly as possible.

Point shooting is only as accurate as you can point a handgun as an extension of your arm. It’s sometimes called “intuitive” shooting because in these situations you don’t have the time to worry about accuracy, you just rely on your training and feel to get the best placement possible.

If your attacker isn’t at close range you might have the chance to get a flash sight picture.  You can increase your accuracy at this point since speed isn’t as much of an issue.

When the threat has put your life in danger, your main focus will be on that. Bringing your sights in line with the target but focusing on the dangerous target instead is called getting a flash sight picture.

In exchange for speed, you can increase your accuracy with sighted fire. It can be the most difficult of the three options, mostly because accuracy requires regulated breath, the ability to maintain proper grip, and your eyes to focus clearly on your gun’s sights.

Your gun’s front sight is clearly aligned to the target and is ready to deliver an effective shot at across a much longer distance. That distance could be filled with any number of things in a chaotic scenario, so accuracy is vital.

Include different scenarios and sight pictures in your training. Remember that an attack won’t be anything like target practice at the range, so be comfortable using moving between speed and accuracy.