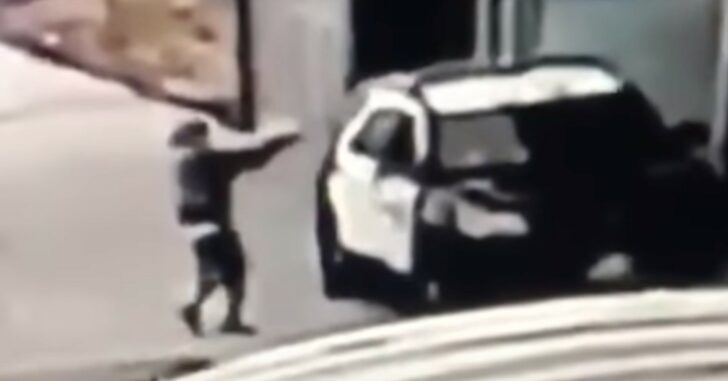 LOS ANGELES, CALIFORNIA — Two police officers were sitting in their patrol car when an unknown person walked up and began firing. That suspect shot both officers multiple times, and they are both in critical condition after surgeries.

The officers are 31 and 24 years old, and were situated outside of a train station.

Agencies from the area are trying to locate the suspect, but have little evidence to go on.

Previous article: Texas Gun Shop Owner Fakes Heart Attack, Giving Him Chance To Get Gun And Shoot Armed Robber Next article: Protesters Yell "We Hope They Die" Outside Hospital Where Officers Are Recovering After Being Ambushed & Shot