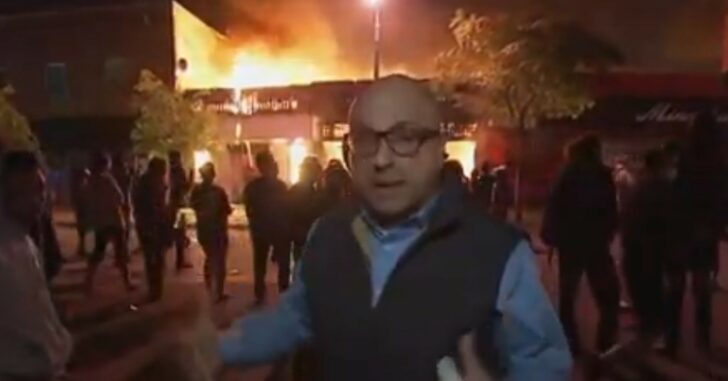 Originating in Minneapolis, Minnesota after the death of George Loyd at the hands of a police officer caught on camera, riots have started to spring up in many cities across the country. This is the third night of protesting and the second night of riots.

Reports are coming in of police stations on fire and abandoned, with some needing to stop taking emergency calls.

Now, it seems that police and fire in Minneapolis were given orders to stand down. The national guard has been called, but we have seen no reports of them on the streets.

Protestors took over a portion of a roadway in St. Louis, and apparently have caused at least one accident. Video below.

Reports are also coming in of shots fired in Minneapolis, and multiple people on the street with guns. Two kidnapping reports have also been made.

As a pro-gun site, we need to talk about what we typically talk about: Do you have a plan, as a legally armed citizen, for riot conditions in your city? This is a question that everyone should be asking themselves, as these protests and riots start to spread.

Having a plan in place, staying in a safe location, and being ready to defend yourself should the unthinkable happen. That’s what people in these areas need to be focused on, and people in other areas should have a plan as well.