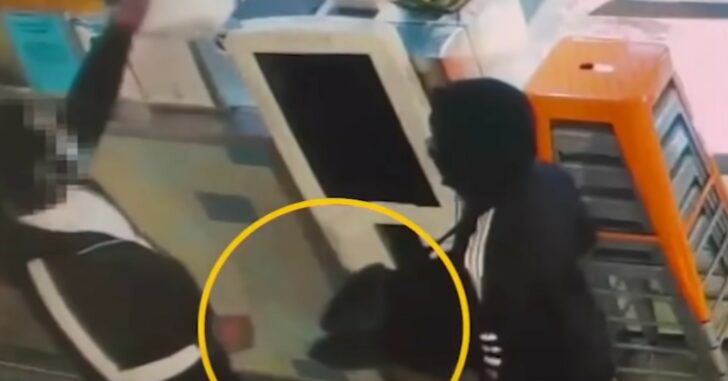 If you’re going to go, you have to go 100%. A pair of robbers were trying to knock off a store and turned their attention to a customer. That customer first played the compliance game and while the armed robber likely thought it was about to be an easy score, things turned quickly.

The target was able to wrestle with the armed robber, but not without a round being fired. No one was hit, but it did cause a malfunction with the gun.

Both bad guy and bad gal ended up running off, the bad guy leaving his rifle behind after realizing he wasn’t going to win the fight. He was eventually caught and as it turns out, isn’t a stranger to being arrested.

The bad gal was not caught according to a news story.

If you make that decision to fight, you’ve got to give it 100% of your attention and energy, as it’s an all or nothing type of commitment.

Previous article: Armed Robbery Suspect Rolls Up On Concealed Carrier Via Bicycle, Ends Up Taking His Last Ride Via Ambulance Next article: Police Make Positive ID Of Shooting Suspect By His Underwear