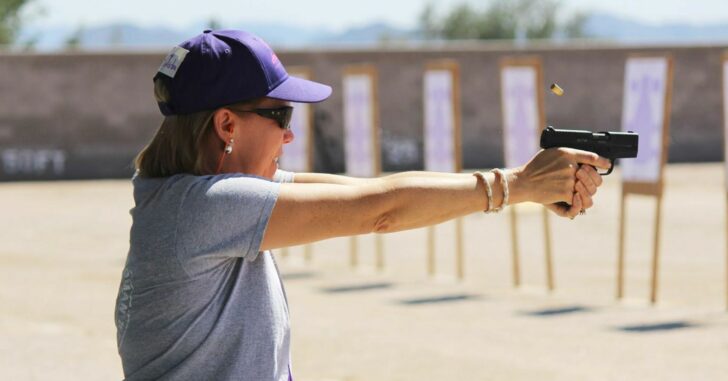 Women are probably the largest-growing demographic of gun owners in America. Across social media, I see younger women who are just starting out with firearms and concealed carry share their experiences online, and they seem to be the majority. Well, maybe not the majority, but the actual majority was a surprise to even myself.

The Well Armed Woman conducted a survey and gathered 4,000 responses from women shooters. They wanted to know what age groups were buying which firearms and accessories, and it’s not the group that’s most marketed to.

Read the full press release below:

“The response from thousands of women demonstrates the desire of the American woman gun owner to speak up and be heard by the firearms and shooting accessories industry. Women want the industry to see them for who they are, not whom the industry dictates them to be. I think the industry will be fascinated by the results.” Says Carrie Lightfoot, Owner of The Well Armed Woman, LLC and founder of The Well Armed Woman Shooting Chapters non-profit organization.

Highlights of the female purchasing data collected show that the more mature female makes up the majority of the female shooting community as well as the highest spending block of firearms and accessories. Women in the 36-65-year-old age range made up 76.5% of respondents with those in the 56- 65-year-old range being the largest demographic represented with 33%.

When it comes to purchasing firearms and gear, women don’t hold back. 60% of women polled bought at least one handgun in 2018, with 26% purchasing more than two. The Well Armed Woman survey of 2017 showed women on average, personally own 5.6 guns. Women aren’t just buying handguns, 26.39% of women polled also purchased a long gun in 2018.

37% of the nearly six million dollars spent on guns and gear in 2018 reported by this collection of 4000 women polled was purchased by the 46-55-year-old demographic. The lowest spending buying block were women ages 18-25 with 68.75% of this group spending under $750.00 during the year.  Interestingly, 1.4 Million or 23.31% of total purchases were made by women 65-75 years old. It is important to note there are an estimated 20 million female gun owners in the United States.

“This is significant information for the industry, which generally tends to market to the younger female demographic. Although all female gun owners should be of interest and importance to the industry, it’s important to note that the true purchasing power lies with the mature, everyday gun-owning woman.” Shares Lightfoot.

Carrie Lightfoot is the owner of The Well-Armed Woman, LLC and the founder and Chairwoman of the Board of TWAW Shooting Chapters Inc. a 501(c)3 Non-profit organization with 400 chapters in 49 states. She also is the principle of the Carrie Lightfoot Consultancy, assisting brands to effectively reach, market to and serve the female shooter. Carrie was elected to the National Rifle Association Board of Directors in 2018 and is an NRA Benefactor Life Member. She is a published author and popular national speaker and frequent guest in national media. She holds the following Firearms Instructor Certifications: NRA Certified Pistol, NRA Personal Protection in the Home, NRA Refuse To be a Victim, NRA Home Safety, USCCA Firearms Instructor and is a USCCA Training Counselor.