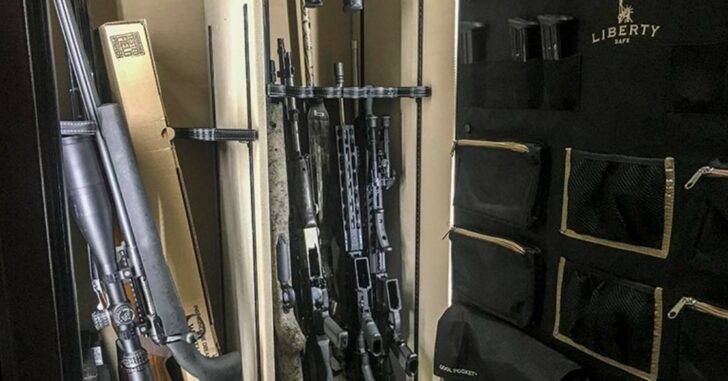 Insurance is one of the most regulated industries in America, but its regulation is almost entirely at the state level. That regulation extends to the risk profiling of insureds, due to the various mechanisms to buy and sell risk amongst insurers.

But the idea for assessing the risk of gun ownership when pricing insurance policies is gaining traction.

Kristen Moore is an associate professor of Mathematics at the University of Michigan. She co-authored a piece for The Actuary Magazine exploring how the insurance industry treats the risk of firearms.

“Actuaries use math, statistics, and finance to figure out the cost today of uncertain risky things in the future,” explained Moore.

So, if you apply for health insurance, an actuary will assess your behaviors – like whether you exercise, are overweight, or engage in risky sports like rock climbing – to determine the likelihood and cost of you getting sick.

Yet, despite the potential risks of injury and death from firearms, Moore found very little evidence that insurance companies consider gun ownership when determining the cost of coverage.

She obviously thinks that needs to change.

According to Moore’s research, death rates are higher for gun owners than they are for scuba divers. In fact, Moore found that gun owners would see changes in several kinds of insurance policies, including life, health, homeowners, commercial liability, and disability, if actuaries calculated gun ownership risk.

So why don’t they?

The answer may come down to two things: research and politics.

Not only have the effects of gun ownership on death rates not been studied, but Moore speculates including gun ownership as a factor could alienate a significant portion of an insurer’s market. For decades, insurance companies neglected to ask whether individuals smoked in order to not limit policy holders.

The most influential state insurance regulator is the New York Department of Financial Services. Other state insurance regulators tend to defer to New York’s lead, except when unique policies such as no-fault auto insurance are being regulated. This is both a matter of tradition and practicality. New York is the largest insurance market, most of the really large insurers are headquartered there, and all of the insurance exchanges used to lay off risk are there.

Governor Andrew Cuomo is no friend of gun owners and has already used the New York Department of Financial Services to directly attack the NRA.

Just how long will it take Governor Cuomo to the DFS to revise risk profiling standards to screw gun owners? If and when he does, every other state will be under intense pressure to follow. If that happens, New York-based insurance companies will pressure the other 49 states to fall into line with New York. That could make life more difficult and significantly more expensive for gun owners nationwide.