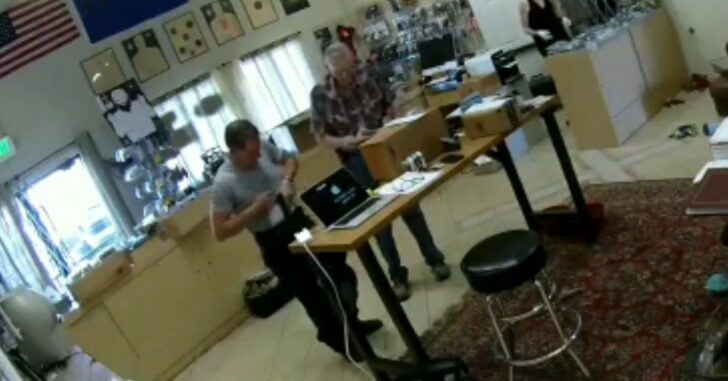 A video was sent in to TTAG that shows the discharge of a firearm after it was placed in an appendix carry holster. The reason for the discharge is not immediately known, but we have some guesses.

First, take a look at the video below that shows the incident:

The firearm is said to be a Glock 43, and the holster a GCode INCOG. The GCode holster is a molded holster made of kydex, so we don’t think it was the holster’s fault.

First; ouch. I could feel some pain once the gun went off. The man’s relatively calm response was nice to see, though, as well as the calm and collected response of the woman who was ready to help very quickly.

So what could have gone wrong here? Let’s list a few possibilities that come to mind;

While looking at the video multiple times, that does not seem to be the case because it seems as though any clothing is moved out of the way when the firearm is holstered. Plus after holstering, the shirt is placed over the firearm to conceal it.

As for the firearm going off on it’s own, that’d be difficult if not impossible with a Glock, or any modern firearm for that matter. All signs point to something manipulating the trigger.

What are your thoughts? Can you see anything that we missed?

Previous article: [VIDEO] Crazy Hawaiian Fires Gun Towards Neighbor After Trying To Check On Home Next article: Armed Man Screams Threats at Driver and His Daughter Until Handgun is Produced