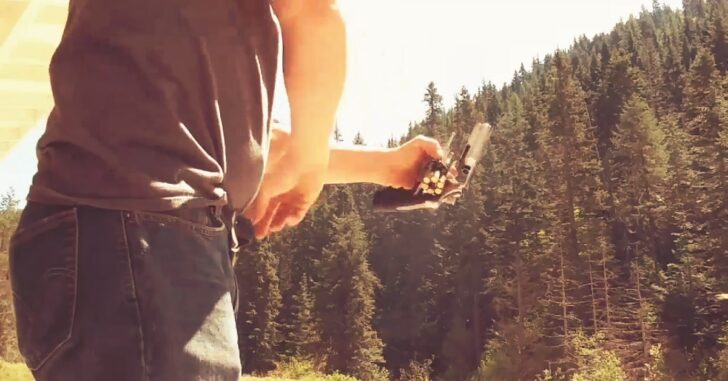 How many times have you heard the question posed: are revolvers still a viable concealed carry or home defense firearm?

It might just be because I work and write in the firearms industry, but I either see this question posed or the argument made for one side or the other at lest once a week.

I’ll tell you what — it drives me nuts.

Now, the argument one might make against the revolver’s viability is simple: you’re talking a limited capacity in-firearm at a given time — often six — with a relatively complicated reload and a difficult firearm to conceal compared to the slim, young, hot semi-autos on the market.

This is an argument to which I am going to have to say — B.S.

Revolvers are fantastic firearms in general, and they faithfully cared for those who needed to carry concealed before the Sig Sauer P-365 was but a twinkling in its mother’s eye.

I mean, what is more classic than a snub nose revolver under a sports jacket?

For those of us that rarely rock the sports jacket, the revolver is still an easy-to-conceal platform with the proper selection of firearm, holster, shirt, and belt.

That brings us to reloading.

It’s the closest thing to a valid point in the anti-revolver argument — there’s no doubt that reloading a revolver is more complex than a standard semi-automatic handgun. But by how much?

If you’re rocking your moon clips — or even a speed loader — and put in your practice, you’ll be putting out enough rounds to remain a threat to any semi-auto-wielding thug.

For those who are curious, that was with steel full moon clips and 230 grain hardball ammo. Thanks Anthony for letting us share!

That’s as quick as I can swap magazines — maybe a little faster, I’m not too proud to say.

In summation, folks: if you love your semi-automatic, you rock what you got. Enjoy it. Revolver users, you do the same thing. It is vastly more important that you invest time into training and practice rather than into your keyboards in gun-time punditry.