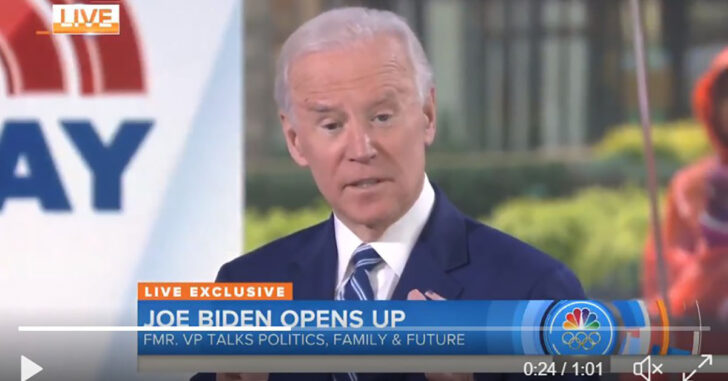 Joe Biden was offering answers in a little Q&A recently, and was asked about gun control by a member of the audience. Her question was about the democratic push for more gun laws, even when an armed citizen stopped the church gunman in Texas recently.

His response? The hero who engaged the suspect shouldn’t have had the AR-15 that he used to end the massacre.

Joe Biden says that the man who stopped the Texas church shooter should not have been armed. pic.twitter.com/pY3hBHPHuX

If Joe Biden had his way, our hero would have been armed with a pistol and had to face off with a suspect shooting an AR-15. Because, c’mon, there is such a thing as the black market and criminals will find a way to get what they want. But law-abiding hero would be adhering to the laws and forced to have less fire power.

This is the same man that, when vice president, told the Nation that you don’t need an ‘assault rifle’ and to simply just take your shotgun and shoot through the door if you’re faced with an intruder.