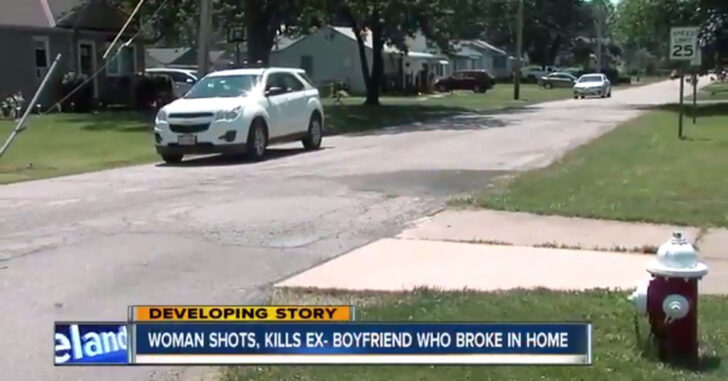 EASTLAKE, OH — Law enforcement is looking into a shooting that claimed the life of a man in East Lake, Ohio, reports News 5 Cleveland.

According to reports, a woman — the man’s ex-girlfriend, called police to notify them that the man, later identified as 33-year-old Leon Johnson, had broken into her home and assaulted her.

Her response? She refused to be a victim and opened fire.

She hit him in the leg, and Johnson went to the floor, where he was later found by police.

He was whisked off to the hospital, where he later died.

Police continue to investigate, News 5 Cleveland reports, and it is unclear whether or not charges have been filed, but I would be willing to venture a guess that Johnson’s ex is in the clear.

First of all — and for the upteenth time — we see the need to carry at home. I will be honest, here. When I first started writing for Concealed Nation, I didn’t think carrying the firearm on your person at home was necessary.

I kept the firearm in the room, and more often than not in arm’s reach, but not in a holster clipped to a belt at my side.

You better believe it hangs out on my hip now. Home invasion stories occupy so much of what we write about here, because it’s what keeps happening out in the real world.

Second of all — This was a fatal leg wound. Although the firearm was not necessarily used as we might want — center of mass — it’s clear this shot did the trick.

So watch where you’re shooting.

Previous article: [VIDEO] In Britain, The Only Option For Police Is To Run Next article: Failed Night: Man Gets Into Bar Fight, Then Gets Shot After Trying To Break Into Home