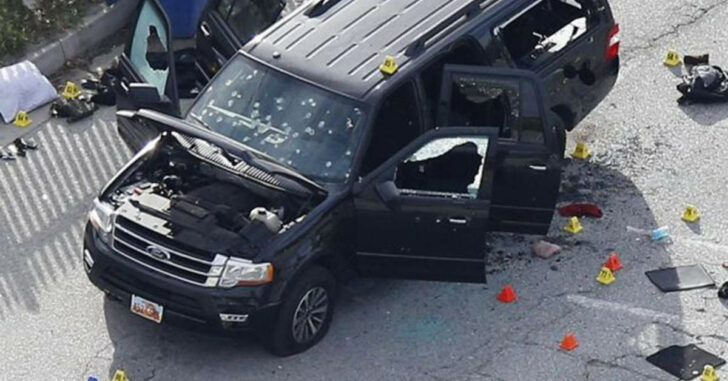 According to the Los Angeles Times, San Bernardino has experienced 150 shootings and 47 homicides… And the counting stops in August. Let’s compare that to 2015 numbers: 44 homicides overall.

via the Los Angeles Times

“The other day, they killed someone down the street,” said a middle-aged woman, leaning against a fence next to her husband. All around this part of the city, she said, there are candlelight memorials to victims of violence.

“Before, we would hear about killings every once in a while. Now, there are so many,” she said, asking that her name not be published for fear of becoming a victim herself.

San Bernardino isn’t alone. Milwaukee and Chicago have all reported much higher than normal homicide rates. A big common link between all of these cities is rampant gang-land violence and overly restrictive gun laws.

These are two cities where people are afraid to fight back.

Want a city that

We can talk politics. We can say “this is a bad move by the legislature” in reference to California’s ongoing dismemberment of the Second Amendment. But when it comes to real people, real lives being lost…

We need to seriously consider who we’re allowing to own guns. Namely, we need more citizens to own them. And we need them to carry them. Because there is no negotiating with violent armed criminals. They don’t care. They’re not interested. They’ve proven this multiple times over.

Jail means nothing to them.

The hospital means nothing to them.

Loss of innocent life means nothing to them.

There is no room for negotiation. There is a simple choice: fight or wait to be a victim.

And we’re talking about fighting, we’re going to need guns in the hands of as many citizens as possible. It needs to be a dangerous endeavor to attempt to rob a convenience store in broad daylight. It needs to be frightening to try to mug a person on the sidewalk. Criminals should be afraid to stand out on a street corner with an illegally obtained gun hanging out of their pants.

But we all can stop it if we work together. And there’s only one way that’s going to happen — criminals have to be resisted. It starts small. Carry every single day, everywhere.