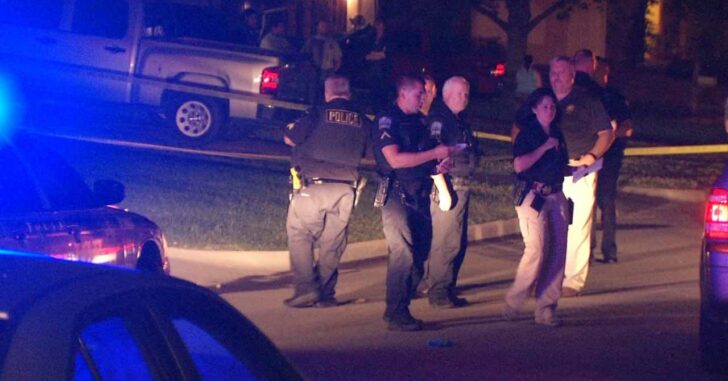 TULSA, OKLAHOMA — A man was outside his home doing yard work when he was approached by an intoxicated man who began to assault him. At the same time, police were driving around the neighborhood in search of a person’s “very intoxicated friend who was causing problems.”

During that talk, police heard a gunshot.

When police got to the home they saw the homeowner applying pressure to a gunshot to Claunch’s neck. The homeowner, who is in his 70s, told police the man approached while he was doing yard work and punched him in the back of the head.

The homeowner said the man continued to beat him and even “mounted” him to hit him.

The homeowner, in his 70’s, was carrying his firearm and shot the man in the neck, identified as Lance Claunch. After the event, Claunch was taken to the hospital in critical condition.

Before ending up at the 70-year-old’s home, Claunch was seen acting strangely around the neighborhood.

Police responded to a call where a woman told them someone was acting oddly on her property – rolling around in the yard and pounding on her door. Another 911 caller said a man, who appeared to be very intoxicated, was hiding in one person’s bushes and knocking on another’s door.

Alcohol or not, Claunch assaulted an elderly man and paid the price as a result. This is a perfect example of why we encourage folks to keep their firearms on them even while at home. The last thing this man thought would happen … did happen. And on his own property as he did routine yard work.