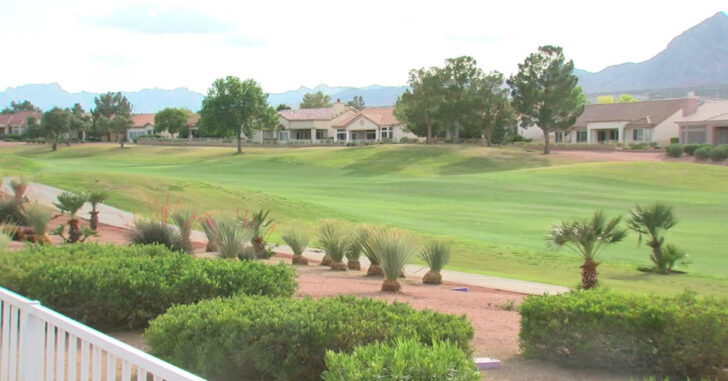 LAS VEGAS, NEVADA — You worked your entire life to be able to afford to live in a decent community, and now that community is under attack. What do you do? That’s the basic question seniors are being forced to ask themselves after a series of crimes have come knocking on their doorsteps. In one incident, a golfer was robbed at gun point on a closed golf course in a retirement community. The armed robber shot at him. It’s not an isolated incident, either. Three home invasions, two armed robberies, and the crooks even got off with those folks’ computers in the community computer center.

As one director put it for KSNV News3LV, “”I know how easy it is to try and hit old people.”

He is the director of the retirement community. We’re sure he does.

It’s no mystery considering the nature of mankind that when times get rough, the hungry wolves find the easiest prey. Well, the script is about to get flipped for these robbers — some of these residents are getting armed and trained.

No matter what age you’re at in life, there’s never a better time than now to prepare yourself. The illusion of peace and security is just that — an illusion. It’s encouraging to see these seniors preparing themselves. It’s sad that they have to. We can either choose to view the world through the lens of “wouldn’t it be nice if…” or “this is what’s happening and here’s what we have to do to fix it.”

Armed crooks that aren’t afraid to brazenly rob senior citizens in broad daylight with little to no repercussions are obviously not afraid of consequences. What they may be surprised by is when one of those folks they try to knock off next is ready, willing, and able to make them work for those stolen goods. That’s a concept probably foreign to most of those armed thugs.

Previous article: HuffPo Blogger: 'Self-Defense Is Unjust' Or How I Learned To Stop Worrying And Love My Attacker Next article: 5 Things To Look For When Choosing A Concealed Carry Holster