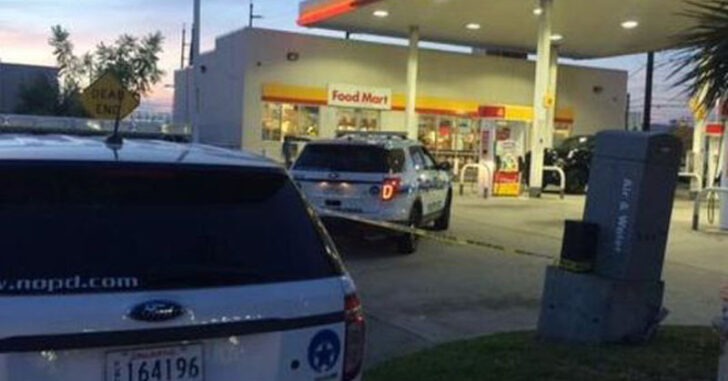 NEW ORLEANS, LOUISIANA — A man armed with a gun walked into a gas station and robbed the clerk and a customer who was inside.

Then, the customer goes to his vehicle to retrieve his firearm and goes after the robber. He approaches the robber and demands that he stop. The robber had other ideas, and began shooting at the customer.

The customer returned fire, striking the robber. He collapsed a short distance away and the customer held him at gunpoint until police arrived.

Would you have done the same thing?

It’s a tough case when an armed citizen actively pursues the bad guy, because you simply don’t know what the outcome will be. What if engaging the target meant others getting hurt in the area? This incident turned out alright, thankfully.

Is this Guns Saving Lives? Is this Self-Defense? Sure, we all want to see the bad guys stopped, but where is the line drawn where an armed citizen shouldn’t intervene?

I draw the line at the threat no longer being a threat.

If the bad guy with a gun is running away from me, the threat is gone. At this point, I become as good of a witness as I can be, so that police have good information to go on.

What about you? Where’s your line?