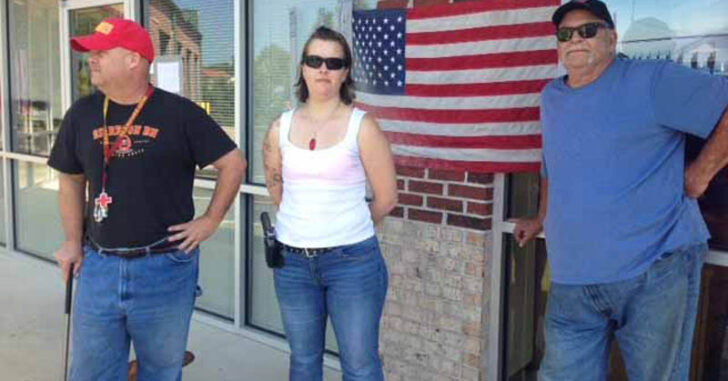 HIRAM, GEORGIA — The morning after the deadly attacks on two military recruiting centers in Chattanooga, residents in Hiram, Georgia armed themselves with their personal firearms and stood guard outside an Army recruitment office.

“I teared up. I think any human being would be touched by what happened yesterday. Any U.S. citizen that has a heart and a soul to hear what had happened,” said Crystal Tewellow, who organized the watch.

The watch was organized as a way to honor the fallen Marines in yesterday’s attacks, and to protect the lives of those who serve and are unable to defend themselves in their offices.

About 30 people answered the call to come armed, and stand guard. Twellow said they are trying to have at least one person standing vigil every hour.