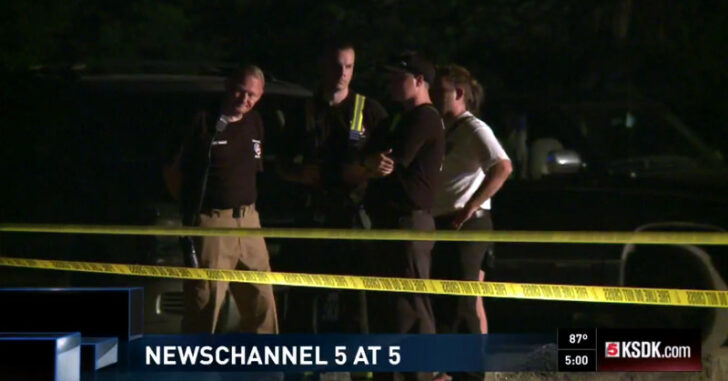 JEFFERSON COUNTY, MISSOURI — A Jefferson County man has been released by authorities after prosecutor ruled his self-defense shooting of 34-year-old Patrick Marchlewski at Rockford Beach Park was justified.  Friends of Marchlewski claim to the contrary, claiming no physical altercation took place.

Two friends of Marchlewski say they were all rough-housing and arguing but generally keeping to themselves when the man approached them asking if there was a problem.  His repeated asking of this question eventually stirred ire amongst the group.

“We’re just like, ‘No. There’s not a problem. But you’re trying to make one it sounds like,'” says Marchlewski’s longtime friend Jeff Jones. “That’s when he pulled the gun on us,” says Jones of the man he does not know and authorities have not named.

Jones says words were exchanged but he, his brother and Marchlewski thought the situation had deescalated and everyone was leaving the park until the man pulled-up next to Marchlewski who was on foot in the parking lot. That’s when Jones says the arguing continued and when the fatal shots were fired.

Apparently, the guy rolled up on the man he shot.  While county prosecutors haven’t ruled out bringing up other charges, they definitely ruled it as self-defense.  And in truth, who knows the manner of words that were exchanged during their conversation.

“People can be physically threatened by the aggression and/or the statements that one is making towards them,” says Det. Sgt. Jim Kausler with the Jefferson County Sheriff’s Office. “In Missouri we have a right to defend ourselves,” says Kausler who adds the investigation is still open.

Marchlewski’s best friend, Jones, seems to feel this confrontation could have ended much differently.

“If at any time he was in fear for his life he could have pulled away,” says Jones. “But instead he chose to take my best friend’s life.”

As important as self-defense is, it really looks like this situation was goaded improperly to a very unnecessary conclusion.  Legally, the concealed carrier is in the right.  Morally and ethically, though?

Discuss your take in the comments section below.