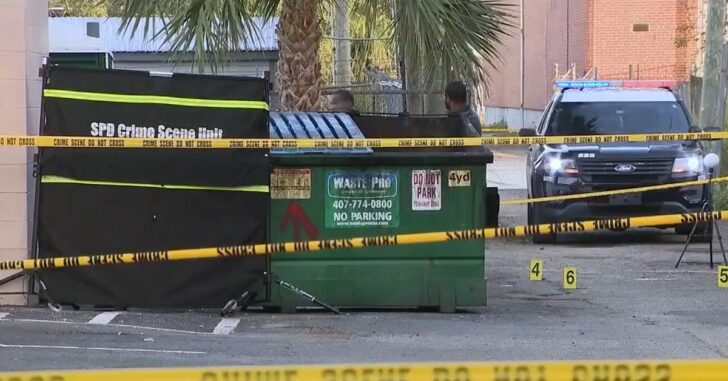 SANFORD, FLORIDA — An attempt is being made to identify a man who was shot and killed during an attempted carjacking in Sanford, Florida, according to police.

According to Fox 35, the would-be carjacker was seen in surveillance footage popping out of a nearby porta-potty, attacking employee walking out of the back of a bar.

“A man had been waiting in the outhouse for a few hours and come around and had grabbed her and had her on the ground, choking her and beating her in the head,” George’s Tavern customer Al Moon said according to Fox 35.

The attacker employee, a woman, was described by her father as a fighter. She reportedly suffered a lot of bruises during the attack, but still wanted to go back to work “immediately.”

She is also reportedly a mother, and studying to be a nurse.

During the attack, the woman’s boyfriend shot and killed the alleged carjacker.