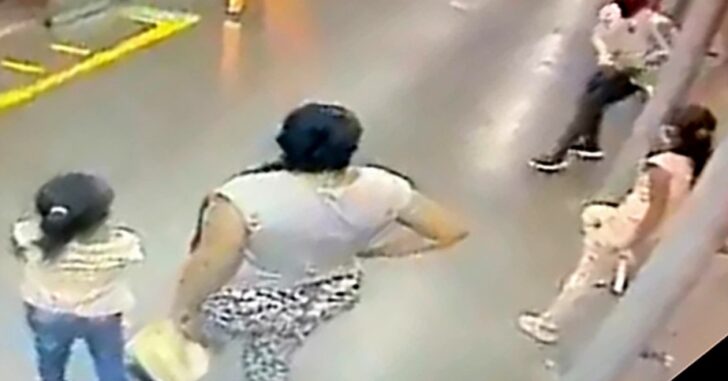 A mother tragically lost her life at the hands of an ex-boyfriend, who shot her multiple times in front of her young children and left her for dead.

The incident happened in a subway station in Columbia, and the mother can be seen putting her hands up and walking backwards and away from her attacker. He still fired, striking her multiple times.

The video below is graphic in nature and should only be viewed with caution.

Police have not yet arrested the suspect, whom they called an ex-boyfriend and a coward.

Regardless of where you live, the right to self-defense is one that should be granted to everyone, but the means of doing so are more difficult in some locations.

We should never take for granted, here in the US, that we have a right to defend ourselves with firearms. Terrible stories like this one are part of the reason that we do what we do; promote responsible concealed carry, and getting people to think about doing things to better prepare for oncoming evil.