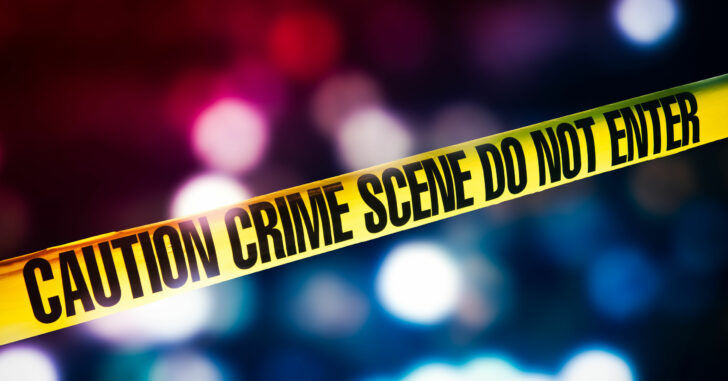 HOWARD COUNTY, TEXAS — They say the firearm is the great equalizer. Despite age or size (and any other number of factors), a firearm can offer fair protection for you from almost anyone. Despite being in his 70’s, this Texas senior fought off and shot two men that attacked him on his own property.

According to the Howard County Sheriff’s Office, their deputies received a call at 8:42 p.m. of two people being shot.

When the deputies arrived at the scene they spoke with a 73-year-old man who had shot two suspects identified as Rocky Zarraga and Julian Rodriguez Jr. The man told deputies that he heard a noise coming from the back of his property.

When he went to check it out he found two men, identified as Zarraga and Rodriguez, removing parts from a vehicle he owned. The man confronted the suspects at gunpoint and told them to show their hands. The suspects then reportedly rushed the man who shot them both.

The sun is going down, and our senior is in his home when he hears a noise out back. Before he leaves his home he makes sure to bring his firearm with him. He steps out to the back of his property and spots two men rummaging around in a vehicle he had parked back there.

The two men are in the process of stripping the car of various parts. Our senior catches them by surprise and draws his firearm on them. He demands they put their hands up and show themselves. The two men, later identified as Zarraga and Rodriguez, emerge from the car and consider the old mans request; then decide to ignore it.

The two men charge the senior and soon realize they made a big mistake. Without hesitation our armed senior, seeing his life in danger, fires his weapon repeatedly, striking both Zarraga and Rodriguez. Both men fall to the ground from their wounds. The police are called and the two suspects are taken to the hospital to be treated before heading off to jail.

The first thing we have to call mention to is that our senior was sure to be armed before he went outside. This is such a crucial and important decision. Many of us our lulled, and for good reason, by the safety of our own home. Quickly jumping outside to investigate a strange noise doesn’t necessarily ring the warning bells in everyone’s head to be armed. Fortunately, our senior did just that, and it may have saved his life.

Once the men were spotted in the back of the property stealing parts off a car, the police should have been called. The senior was protecting his property, and he has every right to do so. However, for safety’s sake, he could very well have called the police and waited for them to come and do their job. The senior had no idea if these men were armed as well, and in a shootout, two against one is not the best odds.

When he approached the men with his weapon drawn, demanding they identify themselves and put their hands, he at least the right call in this situation. It’s a good thing he didn’t go all Frank Reynolds and just start blasting. He at least gave Zarraga and Rodriguez a chance of getting out of there without being shot.

Unfortunately, for the two bad guys they wanted to test their luck against an old timer with a gun. Fortunately for our senior, he was mentally prepared to pull the trigger when he needed to. Any hesitation or second thought could have cost this man his life. One of the rules of gun safety is never point your gun at something you don’t intend to shoot. This happens far too often as some people are not mentally prepared to pull that trigger and shoot another human being. Thankfully, that was not the case with our armed senior.

After getting hits on both men, our senior immediately called the emergency services. Medical attention came for the men he shot, and the police came to record his story and examine the crime scene. No charges are pending against the shooter.