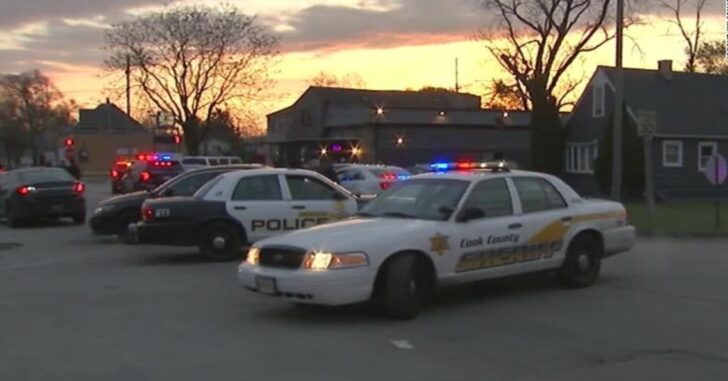 A security guard at a bar was shot and killed by police after he had apprehended a person who opened fire inside the bar.

This is a story you don’t hear about often, but it highlights how important it is to identify yourself to police.

Law enforcement agencies responded to the shooting around 4 a.m. at Manny’s Blue Room Lounge in Robbins, about 20 miles south of Chicago, Ansari said. Three people and an alleged shooter were injured, she added.

That’s when Roberson was shot.

After the shooting that Roberson stopped, witnesses say he had the man on the ground with his knee and gun in his back, telling the man not to move.

Witnesses also stated that they told the responding officer that the man holding the gun to the other man was a security guard.

Roberson was definitely a hero and was doing what his job description called for. Being an armed security guard in a bar can’t be an easy task, but he wanted to help and protect people, according to family members.

“Jemel was trying to save people’s lives. He was working security because a shooting had just taken place in the establishment,” the family’s attorney, Gregory Kulis, told CNN affiliate WLS.

“So, he was doing his job and holding on to somebody until … police arrived,” Kulis said. “And a police officer, our feeling is, did not make the proper assessment and fired and killed Jemel.”

It’s a terrible story with a terrible ending, and no one can imagine what the family is going through after losing a loved one in such a way.

The officer who fired the shot(s) has not been identified.

As a side note, and maybe this is just me, but I highly doubt that I’d head to a bar that required an armed security guard. Of course there are areas that require such a thing and if I lived in one of those areas, I’d probably choose to drink at home or a friend’s house.