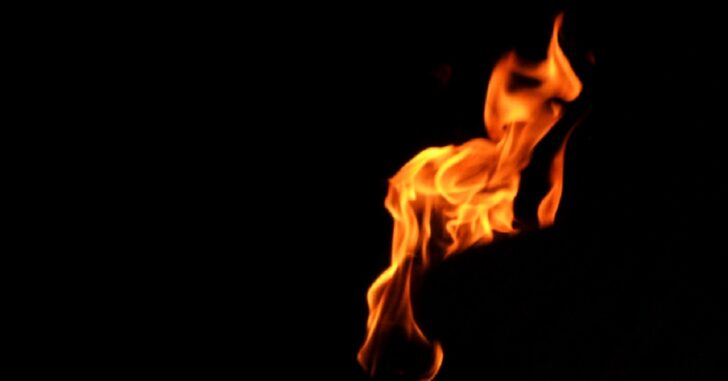 GRAND PRAIRIE, TX — A likely murderer and attempted serial arsonist was not only confronted before he could burn down his second property for the day, he was stopped cold and held at gunpoint, Dallas News reports.

Earlier in the day, he had attempted to burn down a house with a corpse inside — I don’t know what kind of plan he was attempting to execute, but this was no ordinary criminal.

As the Dallas News reports:

Officers were called about 10:20 a.m. to the 5100 block of Magna Carta, where police say the suspect, identified as Bill Son Nguyen, 47, had entered the salon and started striking at least one female employee with a pistol.

At the same time, Grand Prairie firefighters were attempting to extinguish a house fire about a half-mile away in the 2900 block of Hastings Drive, where at least one unidentified body was found. Meanwhile, the suspect was attempting to set the salon on fire, police said.

A Good Samaritan with a concealed handgun license heard the disturbance inside the salon and intervened, holding the suspect at gunpoint until police arrived and took him into custody. The employee who had been assaulted was taken to a local trauma center and is expected to be released.

Investigators determined the burning home was connected to Nguyen. He has been charged with arson, aggravated assault and murder. The investigation is ongoing and police say they are not seeking additional suspects, nor is the community in any danger.

A lot of crime, especially crime reported on here, breaks down along a similar theme: a bad guy is either intoxicated or packing heat — and threatens the lives of the good and innocent. The actions thereafter vary across the board.

I have never, however, in my living memory ever have had the chance to write about someone burning down a home to hide evidence — that’s like the end of a USA Network crime show episode.

I highly doubt that Mr. Nguyen would have escaped justice forever, committing crimes in such a reckless manner — but anyone willing to burn down buildings behind them is more than willing to do more than pistol-whip victims before committing their second arson for the day.