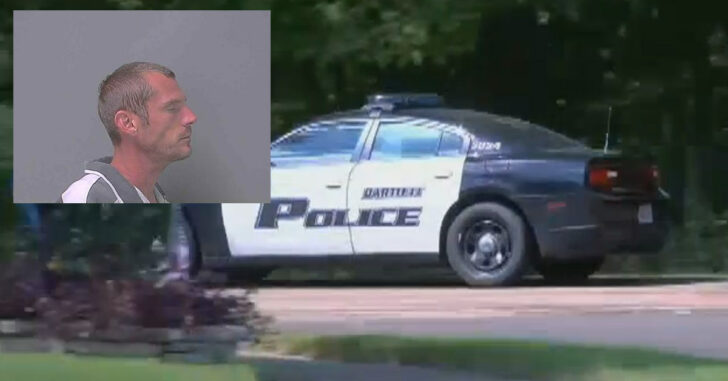 MEMPHIS, TENNESSEE — An intruder broke into a police officer’s home late at night while she was home with her 13-year-old daughter. She heard a crash coming from the bathroom and went to investigate. There she found Jeremy Scott, a complete stranger, crawling in through what neighbors described as an extremely small window.

“To come through the window like that, the bathroom window. It’s not even that big,” one neighbor said.

The Memphis police officer got her gun and opened fire on the man. He fled immediately, narrowly avoiding grave harm. According to WBRC FOX 6 News, neighbors found him two houses away, laying on the pavement.

Officers said the man was screaming “God is coming back and I was trying to let people know.”

Before anyone gets any ideas, officers confirm that the suspect was likely experiencing a severe hallucination due to some interaction with narcotics.

“The defendant also had dilated pupils and was acting in a way one does while on hallucinating narcotics,” according to the affidavit. “The defendant was a danger to himself and others.”

He was detained after quite a bit of struggle and tossed into the back of a cruiser. Once in the cruiser, he continued to act violently and caused an estimated $500 worth of damage to the vehicle.

Scott is being charged with disorderly conduct, public intoxication, aggravated burglary, resisting arrest, and vandalism over $500.

Amazingly, he experienced no gunshot wounds from the home invasion.

Maybe God loves him after all.

…Or maybe panic-induced stress trips up shot placement more than any of us suspect.

The weekend is coming up and the weather is looking mighty fine. Who’s going to the range this weekend?