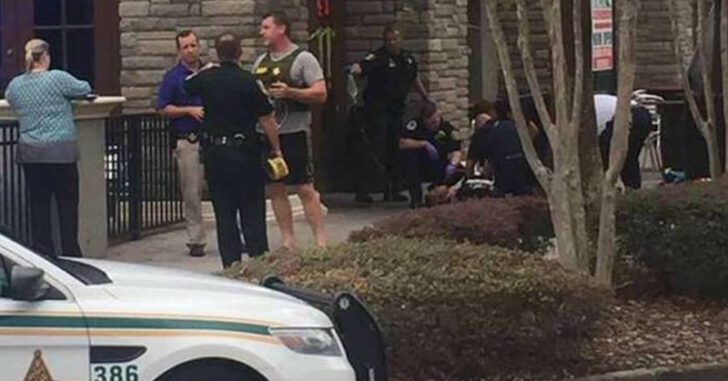 ST. JOHNS COUNTY, FLORIDA — A suspected armed robber is spending time in the hospital after being shot by a witness to his robbery at an area bank.

Once he caught up to the suspect, he exited his vehicle and a struggle quickly ensued. A bystander noticed that the suspect had started to reach for a handgun and alerted the former officer of this move.

At that moment, the former officer drew his firearm and fired at the suspect, striking him in the in the face. The suspect got up, obviously injured, and tried to make a run for it. He was quickly held at gunpoint and captured by a responding officer just a ways down from where the struggle had taken place moments before.

The suspect’s handgun was recovered, along with the stolen money.

While I would never advise an armed citizen to give chase to a suspect, this former police officer made the decisions he made based on his past experience. I can’t fault him for that. Luckily, he was uninjured during the incident and has taken another low-life off the streets.