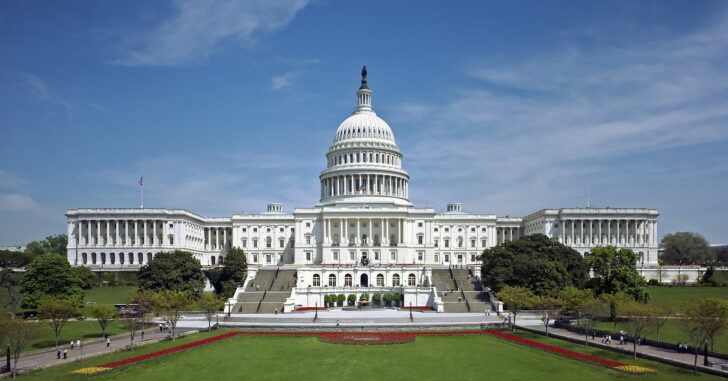 WASHINGTON, DC. – In a surprising twist of events Sunday, congress came together to vote on a last-minute bill before settling down for Easter dinner with their families.

The bill effectively removes all federal gun free zones across the entire country.

“After hearing from the majority of Americans and realizing that most of the mass shootings take place in gun free zones, we came together to ban these zones because they simply do not work,” said a California Senator.  “My career has showed me, which I am finally learning, that Americans want the ability to protect themselves everywhere they go, and it’s not fair to a free people for them to be restricted in such a way.”

The bill is expected to be signed into law by the President first thing Monday morning.

The surprise move shocked both pro gun and anti gun folks across the nation, and has seen thousands of people marching in cities all over, both for and against the new law.

“It’s a great thing to see, really. I can now keep my firearm on me when I go to the post office or to my local courthouse,” said Virginia resident James Madison, who is the owner of a non-profit pro-gun organization called Founding Father’s United. “I don’t know where this country would be without guns, but it sure isn’t a place I’d like to live if we couldn’t exercise our 2nd Amendment right.”

Others weren’t so happy, and called for the new law to be repealed immediately.

Andrew Omouc of Queens, NY says that gun free zones are essential to the safety of many, and believes that only trained professionals should have firearms. “We have police all over the place, and they have guns. Guess what? I have a cell phone. If I’m in trouble, I can call the police and they’ll be there in a few minutes. I don’t need a gun, and neither do other citizens. You’ll shoot your eye out. This bill was passed under the cover of night with absolutely no discussion. It’s disgusting.”

The bill’s passage was marked on both Easter and April Fools Day, which is a rare treat indeed. If you haven’t guessed already, this is our yearly April Fools joke. Our country is, sadly, nowhere near the removal of gun free zones.