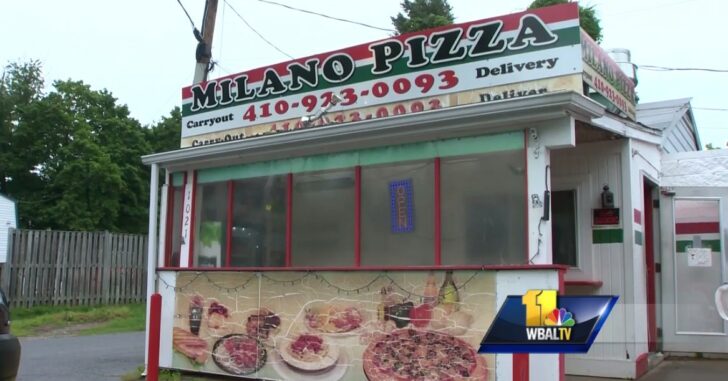 CROWNSVILLE, MD — A pizza shop owner exchanged gunfire with a group of three thugs that had just finished robbing his business and stealing some of his personal affects, reports WBAL TV.

The owner, Mario Kazzalbach, told police that a man came into the restaurant, showed a handgun, and demanded cash. He was later joined by two other robbers, all three of whom were armed, he said.

After giving the men money, a necklace, and a cell phone, they departed, according to Kazzalbach.

But on the way out, one turned and shot at him, he claimed.

He grabbed his shotgun he kept for just such an occasion and returned fire.

“No hospitals reported any individuals coming in with any gunshot wounds, so at this time, it doesn’t appear that any suspects were struck,” Anne Arundel County police Lt. Ryan Frashure said according to WBAL TV.

That’s all according to his account. However, police are reportedly unsure whether or not the owner opened fire first.

“At this point, it’s unclear who shot at who first, so that’s something that our detectives are going to be looking into, but, at this point, it feels like the store owner was in fear for his life because the individuals were armed with a handgun,” Frashure said.

Regardless of who shot first, Kazzalbach is extremely lucky to have gotten out of the incident in one piece.

Previous article: Customer At Restaurant Will Not Face Charges After Shooting And Killing Man In Parking Lot Next article: Robbery Suspect Just Before Gunfight With Armed Citizen: "I'm Not Gonna Kill You Cause You Might Have Kids"