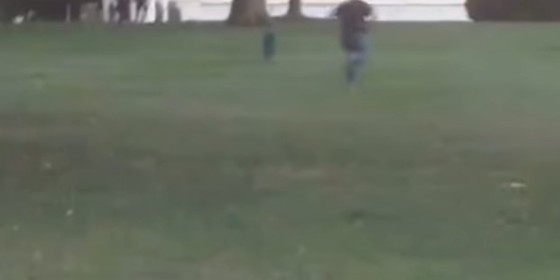 Recent news shows us that even the White House has trouble keeping people out that aren’t supposed to be there. The other day, a man was able to run across the yard and actually make it to the building before being apprehended.

Supposedly the best-guarded building in the world, I find it ironic that a man was able to get so close in such a short period of time. It reminds me of the real world, and it reminds me of how innocent citizens are quickly attacked each and every day in our country, unable to defend themselves properly due to gun laws.

It also reminds me of how some of the same people in DC don’t want citizens to be able to defend themselves outside of the home. If you remember back to a few months ago when a judge overturned the DC carry ban, it was a monumental leap forward for the rights of gun owners in DC and across the nation.

Their “May-Issue” proposal means this: If we deem it appropriate for you to carry a firearm, we’ll let you.

Shouldn’t citizens be afforded the same right to stop a threat? No, not a dozen Secret Service agents. The right to carry.