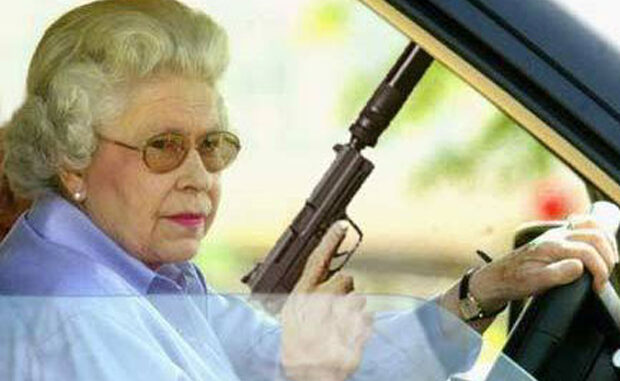 Well here’s something you may not have expected to hear. Lately, there has been an increase in the number of arrests for carrying firearms at Dallas / Fort Worth International Airport. And the folks getting arrested…..senior citizens.

It is believed that the increase is due to a growing number of Texas seniors obtaining concealed carry gun permits. David Prince is the owner of Eagle Gun Range in Lewisville, Texas.  He said,

“I’ve noticed a trend lately [over] the last three or four months that there has been a large increase in seniors coming in saying, ‘I need to learn to take care of myself.'”

Over the summer, Dallas / Fort Worth Airline Police reported 11 arrests for people accidentally bringing their guns on the carry-on luggage; almost half of these people were senior citizens in their 60s and 70s. This news hasn’t made any headlines due to the fact that people this age are most likely just forgetful and don’t realize the mistake they have made.  Prince, who is 65-years-old himself said, “You know how hectic the airport is. I think people are just forgetting. Let’s face it, people of my age get a little more forgetful every day.”

Last year, the state of Texas issued concealed carry pistol permits to 67,000 seniors, ranging from 60 to 100 year-old people. He says that this was a big increase from the previous year. In fact, in 2010, there were 19 people aged 90 or older who completed their concealed handgun licensing course. The number only increased the next year. In 2011, that figure rose to 122 people. Prince said that it isn’t uncommon for seniors to come to the range to shoot. “We had some ladies in here this morning in their 80s and 90s shooting this morning,”

Although the charges for the senior citizens at DFW Airport were dropped, Prince predicts that these types of situations are likely to happen more frequently with the rise of seniors gaining their concealed carry permits.

Previous article: Houston Meat Market Manager Shoots Suspected Robber Next article: Paranoid Person Of The Day: Cop Could Have Taken Out Bystanders With His Horrible Shooting Of An Innocent Man