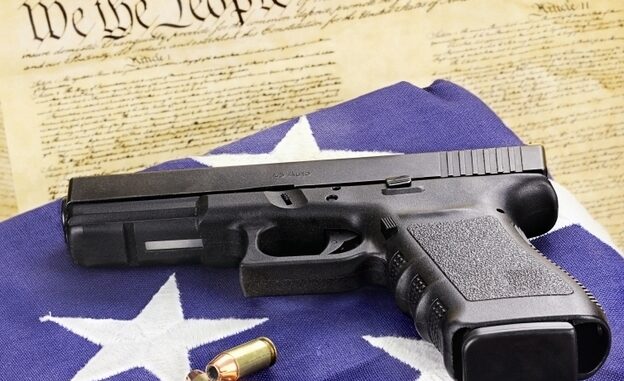 Our liberal friends in Washington have decided that we have to be protected from ourselves yet again. This time, it is with legislation banning any assault styled rifle/pistol with a single military feature with 157 specific weapons identified, several semi-automatic shotguns, and any ammunition feeding device capable of holding more than ten rounds. The new assault ban legislation from Senator Feinstein grandfathers every legally sold weapon today and excludes some 2,258 rifles that the Senator considers legitimate for sporting or hunting. Unlike the ban of 1994, this one does not expire.

Additionally, Senator Lautenberg has provided legislation requiring background checks for all gun show sales, while Senator Leahy has thrown together some additional legislation he believes will curb straw purchases. These are just the early gun control party favors being handed out in the Democrat controlled Senate that may or may not receive bipartisan support. One of the scarier things put into play by President Obama’s executive orders is essentially a national sales registry. Another is the deputizing of medical personnel to ask about and report on weapons in the home. To provide a real indication of the intent of Senator FeinStein’s proposed law, it contains provisions exempting Congress and Federal agents from nearly all of its provisions.

Whether these potential laws and actual orders will actually curb gun violence or could have prevented any observed massacre is more than just a little debatable. Serious studies of the impact of gun control laws on violence have been marred by existing weapons stockpiles according to liberals or have showed no or a negative correlation to gun related violence rates according to conservatives. The odd part of this disagreement seems to be where the liberals blame existing weapons stockpiles for continuing violence in spite of gun control laws making a ready excuse that confiscation as the answer for solid gun control laws. For the conservatives and constitutionalists out there, the existence of continued gun violence in countries with absolute bans and the unreported gun violence by governments on their own citizens among the least free of these nations solidly back up their arguments against gun control. Namely, that gun control laws do not stop violent crime and that a disarmed citizenry is a victim to it’s own government. Meanwhile, in my own adopted state of Texas, regional violent crime rates and concealed carry permit issuance per capita are negatively correlated. That is a fancy way for statisticians to say that where We The People are legally armed, violent crime rates are lower.

What impact will these proposed laws and effective although possibly illegal executive orders have on We The People? The first impacts can be seen right now. Sales for potentially banned weapons and magazines are through the roof. Go ahead and price a Bushmaster built AR-15 based rifle. Where you can find one, they are running about $600 higher since President Obama’s gun control speech. Even common pistol target ammunition is in short supply with my own favorite range restricting ammunition sales to one box per customer as fears of tracking, confiscation, and wide ranging weapons bans take hold of our neighbors. If Senator Feinstein has her way, only the criminals and the government will own durable, easily aimed, high capacity semi-automatic rifles and some machine gun styled pistols. This means that We The People will be completely outmatched in any hostile encounter and will be forced to further grow and arm our law enforcement agencies to protect us until the virtual police state we reside in today becomes an actual police state. If Senators Lautenberg and Leahy have their way, We The People will be unable to hand down weapons to our family with out background checks or registration. In other words, the government will have full control over who can have a firearm and a complete registration of owners in a single generation. The owner registration itself is a requirement to enable confiscation and used by every government that has ever disarmed its citizens.

We The People are supposed to be the sovereign of each state in a union of sovereign states. That is what our founding father’s intended. They so feared a strong central government that they intentionally crippled it wherever possible. The first Articles of Confederation featured a central federal government so weak that almost nothing could be accomplished. Since todays constitution was adopted, anywhere our Federal government could possibly impose it’s will on the states, it has done so. Whether via constitutional rule, fiscal blackmail, or actual armed force, our Federal government has a nearly flawless track record of ever expanding control over both states and the citizens. Today, they want to create a national registry of weapons and control who gets which types. Tomorrow, they may confiscate everything except breech loaded shotguns like in Britain and then they can come back for those. Once we are disarmed, it is too late for us to make use of the 2nd amendment as was intended. This makes it critical for the national registry cobbled together in Obama’s executive orders to be challenged in the courts and prevented from reaching implementation. Each of us that believe our 2nd amendment is the citizen’s ace-in-the-hole our founding father’s intended it to be, must do their part not just to responsibly carry, but to ensure our children’s right to do so remains intact.

Previous article: Testimony in front of Congress on the 2nd Amendment Next article: Before You Decide To Carry Concealed; A Beginners Guide