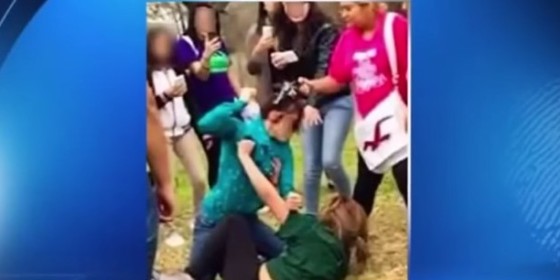 A 33-year-old woman, Viridiana Alvarez, was charged with aggravated assault with a deadly weapon after she pointed her pistol at the head of a teenager who was engaged in a fight with her daughter. The whole incident was caught on cell phone video.

PISD said the two students were fighting at a park across the street from Pasadena High School Tuesday when Viridiana Alvarez took out a gun. Pasadena ISD police broke up the fight before anyone was seriously injured.

Hours after the fight, cellphone video and pictures surfaced of the altercation that appeared to show Alvarez pointing a gun at the teen’s head. Alvarez was arrested and charged with aggravated assault.

The family of Alvarez stated that her pistol wasn’t loaded, and that she brought her pistol out to scare the teen and didn’t intend on shooting her. They fail to realize that these proposed facts don’t matter. What Alvarez did was not something that a responsible gun owner would do. As the only adult in the immediate area, she should have acted like a reasonable adult and made an attempt to break up the fight without the need to draw her firearm.

And all of the idiot teenagers standing around with their cell phones out, you should re-check your priorities.

Previous article: [BREAKING] Kansas Senate Passes Constitutional Carry Next article: Question: Do You Look Down Every Time You Holster/Re-holster Your Firearm?