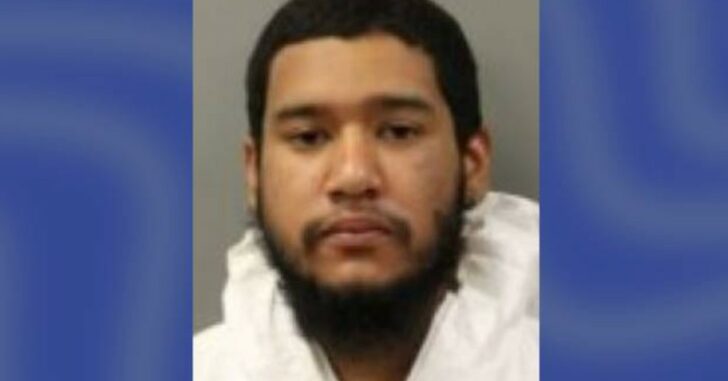 CHICAGO, ILLINOIS — An auto mechanic was slashed to death by a co-worker half his age around 10:30 a.m. on Friday.  The man accused of committing the murder with a large machete was ordered to be held without bail during his hearing.

Martin O. Molina, 21, was charged with first-degree murder in the death of Felix Villalobos-Calderon, 42. According to Assistant State Attorney Kevin DeBoni, Villalobos-Calderon suffered multiple deep cuts, including one to his neck that “nearly decapitated” him.

The incident occurred in an automotive body shop where Villalobos-Calderon was alone, working on his Toyota RAV4 SUV, which was on a lift.  He had unplugged the shop’s video cameras so he could use the outlet for something else, but the shop was also equipped with recorded audio surveillance.

Molina arrived at 10:30 a.m. CDT. According to DeBoni, Villalobos-Calderon pleaded with Molina in Spanish, asking him to “stop messing around,” and “calm down” before saying “I’ll leave.” After that, several loud thumping noises could be heard on the recording.

Another worker arrived and, seeing Molina covered in fresh blood, jokingly asked if had killed someone. Molina responded that he had been in a fight, and then asked the worker to move his (Molina’s) car to a garage door.

The co-worker agreed but instead went to his own car and called Chicago police to report a fight at the shop. Officers arrived on scene and located the body of Villalobos-Calderon in the trunk of a silver Cadillac, along with a shovel. They also found a large machete and another knife in an alley near the body shop, and arrested Molina on suspicion of murder.

Previous article: Concealed Carrier Shoots And Kills Man Who Entered His Vehicle, Details Slim Next article: Chauvin Verdict Is In: Guilty On All Charges