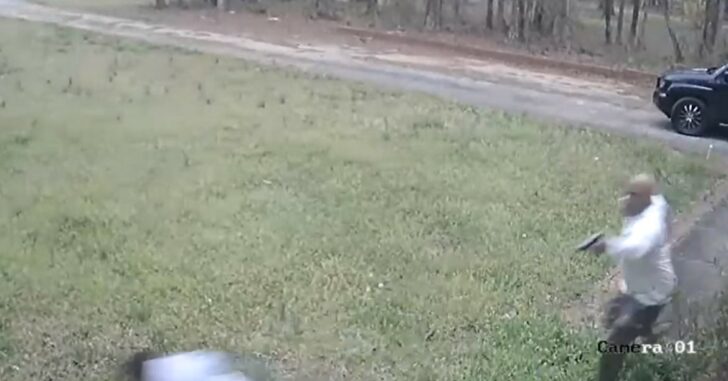 NEWNAN, GEORGIA — A father and son ended up getting into a gun battle against each other on March 19th, all stemming from the father finding out that his son was carrying a gun after seeing the imprint of the gun in his pocket.

Mario Paul Clarke, 26, of LaGrange, was arrested Friday and charged with aggravated assault and possession of a firearm during the commission of a crime, the Coweta County Sheriff’s Office confirmed. Deputies responded to the home on Covey Trail that evening after several shots had been fired, according to Investigator Corey Mauldin.

When the father told his son to give him the gun, he refused. Instead, he pulled out the gun and pointed it at his father. As a result, the father runs into the bedroom and retrieves his own firearm.

And that’s where the video comes in.

The father is not facing any charges, but his son sure is. It turned into an insane case of self-defense, even if it was against another family member.

I’m not sure what the family dynamics are, but having a discussion seems to be a better option. Not the case, as we now know in this situation. Chasing your son out of the house, gun in hand, is a big decision I’m sure. I’m also at least a little confident that the father didn’t think his son would shoot at him. Or maybe I’m completely wrong.