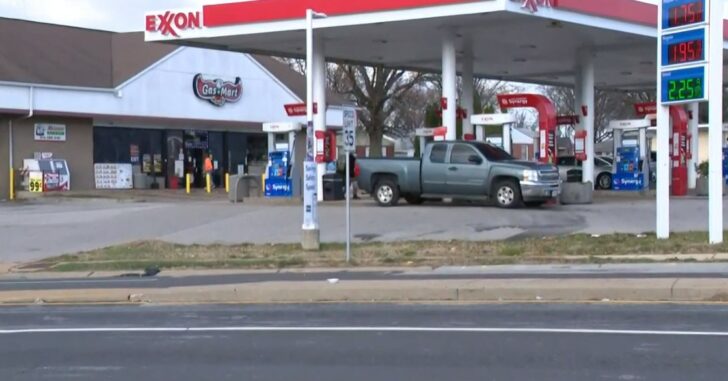 JENNINGS, MISSOURI – A 14-year-old was fatally shot by a man as he and another person attempted to steal the man’s car Sunday afternoon in Jennings.

A St. Louis County Police Department press release states that officers from the City of Jennings precinct were dispatched to a reported shooting at 3:47 pm at the intersection of Jennings Station Road and Lewis and Clark Boulevard.

Arriving officers found a boy who had attempted to run away after being shot.  He was taken to a local hospital where he was pronounced dead.  He has been identified as Damaurio Thomas, 14, of St. Louis.

The vehicle owner, an unidentified 53-year-old male, was taken into custody at the scene and is said to be cooperating with authorities.  The preliminary investigation revealed that Thomas, who was armed with a handgun, and another person allegedly carjacked the man near the Gas Mart at 9301 Lewis and Clark Boulevard.

The car’s owner shot Thomas during the crime.

Thomas’ accomplice fled the scene on foot and has not been located, and police do not believe that the carjackers or the car’s owner knew each other.  The St. Louis County Police Department’s Bureau of Crimes Against Persons is now in charge of the investigation.

Previous article: Dramatic Video Shows Police Saving Family From Kidnapping During Home Invasion Next article: Teen Put In Choke Hold, Passes Out, Robber Gets Away: Why Situational Awareness Is So Important